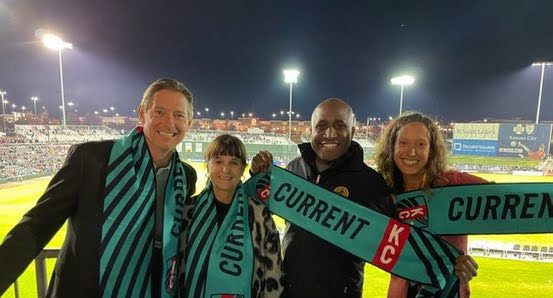 Billionaires have dominated the Kansas City discourse this week and spark a question from local skeptics in our blog community.

Here's challenge from the plebs . . .

HAVE YOU EVER HEARD ANYBODY TALK ABOUT LADY SOCCER WHO WASN'T PAID TO DO SO?!?!

Whilst we can respect billionaires attempting to buy a fan base . . .

Fact it, there still isn't much evidence that women's soccer is viable as a pro-sport in Kansas City.

And so the deluge of coverage isn't exactly "earned" but more likely a media gambit to see if VERY rich fools and their money will continue spending an EPIC amount of cash to fake major league interest.

Here's a more optimistic take on the name change . . .

The move comes the same week of an announcement of a new $70 million stadium was announced.

The stadium will be the first ever to be built specifically for a professional women's soccer team in the U.S.