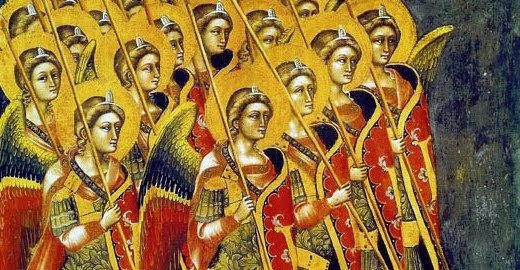 The basics on a story that's sparking far too much speculation and, interestingly, mobile phone activism.

The school's Choir Director Joe Heidesch was booked by police last night on a breach of privacy charge in Shawnee, Kansas. The nature of the specific actions led to the charges are still unknown at this time.

In the email to parents last night, the school's president, Brian Schenck, emphasized they would maintain transparency as they learn more."

Saint Thomas Aquinas High School in Overland Park, Kansas, notified parents in an email that the school's Choir Director Joe Heidesch has been arrested and is on administrative leave pending a police investigation. KMBC was able to confirm the arrest through online police records.

St. Thomas Aquinas teacher charged with using secret camera to tape a child in the nude, placed on leave

JOHNSON COUNTY, KS (KCTV) -- St. Thomas Aquinas High School's choir director has been placed on leave after being charged with four felonies in Johnson County, including secretly videotaping a child in the nude, according to charging documents in the case.