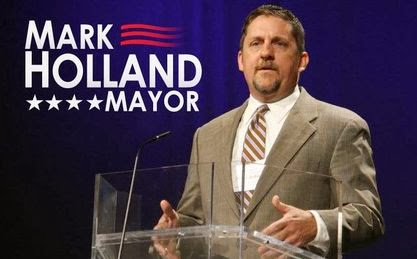 This local politico is dreaming big despite mixed results.

He had a great deal of support but proved just a bit too progressive for The Dotte.

Now, like so many ambitious people, he hopes to fail upward . . .

"Mark Holland lost re-election as mayor, but he'd have a strong shot at the Democratic nomination and an underdog race in the general election against incumbent U.S. Sen. Jerry Moran."

Mark Holland, who served as mayor of the Unified Government of Wyandotte County from 2013 to 2017, will launch a campaign for the U.S. Senate on Monday, sources tell KCUR. Republican Sen. Jerry Moran has held the seat since 2011.