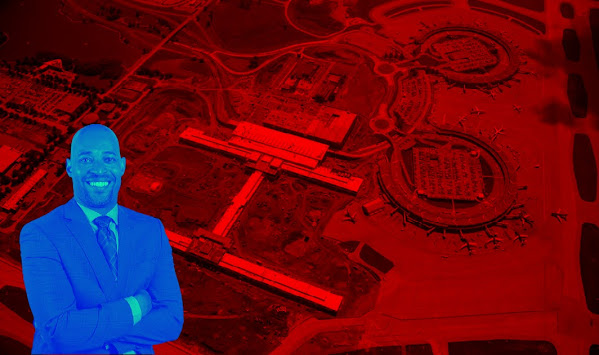 The ascendancy of Jason Parson is a notable development in the political history of Kansas City.

A little more than a decade ago he started out as a lowly state legislature candidate and now he's on the winning side of the biggest construction project ever undertaken in Kansas City.

At the very least he's the kingpin of crappy and overpriced airport food.

Even more deep background that all of the politicos in Kansas City politely ignore . . .

Right now this abridged headline is still live on The Pitch's website . . .

Here at www.TonysKansasCity.com We've saved the story and screen capped it for posterity's sake and just to show that EVERYONE deserves a second chance . . . Obviously, Mr. Parson was able to recover from WHATEVER drama the Pitch reported to rise to meteoric heights via a still sketchy New KCI deal. 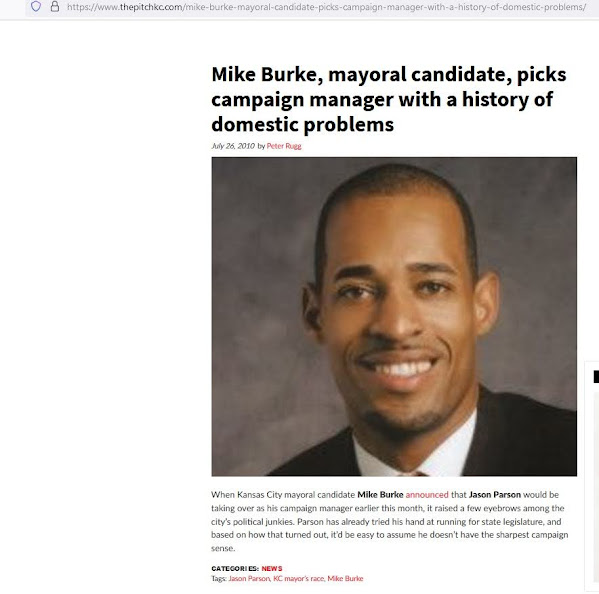 JASON PARSON IS A MAJOR PLAYER IN A BILLION DOLLAR DEAL THAT WILL SHAPE KANSAS CITY'S FUTURE FOR BETTER OR WORSE!!!

We note this fact of life not only to make sure Mr. Parson can't get away with $75 campaign donations anymore but also because it represents yet another "cultural shift" away from the traditional duties of political insiders.

Long gone are the days when a campaign consultant devised media strategy and presented the public with powerful rhetorical arguments aimed at persuading voters.

In fact, Mr. Parson is a mediocre campaigner at best.

His start with Mike Burke was doomed from the start and around KC political circles it's hard to find people who will say Mr. Parson is tireless worker . . . Most campaigners get kind of annoyed by how much time he spends on the phone . . . Seemingly socializing to the untrained eye.

Still, he earned a great deal of support from former Mayor Sly who championed the work of Parson & Associates.

In his efforts for the Kansas City streetcar Mr. Parson has taken a low key and almost institutional approach to campaigning and public relations.

There's no brilliant commercials to point to, no groundbreaking strategy.

The streetcar has succeeded by way gerrymandering and excluding as many voters as possible.

Much smarter journalists than TKC have noted: The New KCI concessions deal was secretive and a public relations disaster that might cost Mayor Quinton Lucas his rising star career. The questionalbe connection to Mr. Parson was actually a major stumbling block and inspired Council Dude Fowler to abstain out of an abundance of caution.

A billion dollar victory cannot be understated and behind the scenes Mr. Parson was busy enough and delegated work to more diligent colleagues in order to prevail.

A political consultant who was always underestimated is now a multimillionaire and by far the most "connected" guy in Kansas City politics.

It's not exactly a Horatio Alger success story . . . But close enough.

The military veteran is low key, bright and surprisingly humble. He's a devout Christian who is quick to share his personal testimony with others. His understated manner is a surprising change of pace from most political denizens who love hearing the sound of their own voice. Loudly.

And so because even local democracy is more complicated that most plebs would dare to dream . . .

Mr. Parson is now one of Kansas City's top ranking kingmakers and new KCI victory has given wings to his career and lifted him to the ranks of Kansas City power players who decide local elections before voters are ever presented any options.