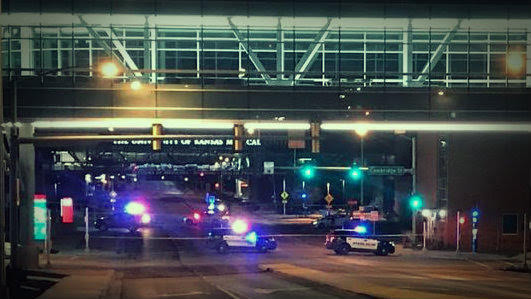 After dark this corridor of the Kansas City metro isn't always a safe haven for hipsters.

Whilst the possibility of a streetcar extension earned social media hype . . . Here's a worthwhile reality check . . .

"The Kansas City, Missouri, Police Department contacted KCKPD officers at around 7 a.m. that a shooting victim presented himself at a local hospital. The victim died of his injuries at the hospital, and KCKPD detectives later confirmed that he was the victim of the 42nd St. shooting."

KANSAS CITY, Mo. - One person has died following a shooting near the University of Kansas Hospital. Kansas City, Kansas, Police Department officers were dispatched around 3:42 a.m. to the 2100 block of West 42nd Street to a shooting. Officers located evidence of a shooting but no victim, according to a release.