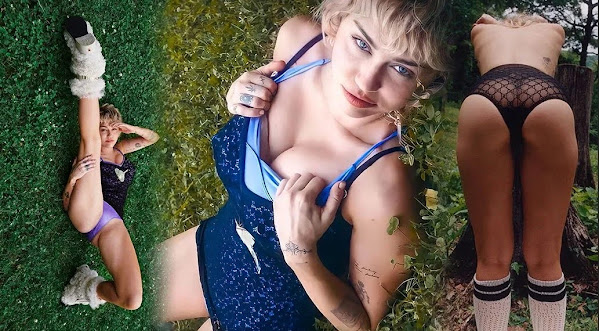 KANSAS CITY, Mo. - When April Martin stepped into the Lee's Summit, Missouri, Police Department earlier this year, she didn't have any fear. Previous run-ins with police led to a felony conviction for Martin, but this time she entered the police department as a new person, ready to work.

Missouri's largest utility has set up a data center at the site of one of its coal-fired power plants that it is using to mine the Internet for bitcoins. Ameren Corp. officials say the data center could also help stabilize demand for electricity that could help it avoid ramping production down and back up again, which is inefficient.

WICHITA, Kansas - Increased heat and drought driven by climate change could cost Kansas corn and soy growers tens of millions of dollars a year in yield losses by the end of the century. A new study from Columbia University concluded that corn and soybean yields in Kansas will drop by as much as 20% to 30%.

"Yeah, I really am a rock star." Back in 2007, Hannah Montana tried to tell us who Miley Cyrus truly was. Fourteen years later, Cyrus has fulfilled her alter-ego's prophecy. After running her natural pop instincts through hip-hop, country, and psychedelic filters, Cyrus has, at 28, reached her final form, a zero-fucks-given rocker blessed with an instrument more powerful than the heaviest guitar: her voice.

Biden coughs into hand, proceeds to shake hands with public while maskless

President Biden coughed into his hand following a Monday speech in and proceeded to use it to shake hands with members of the public, all while not wearing a mask. The incident comes less than a week after Homeland Security Secretary Alejandro Mayorkas tested positive for COVID-19 just days following an event with the president.

Sen. Joe Manchin, who for months has called for a pause in talks over President Joe Biden's social safety net package, on Monday offered his most optimistic assessment yet that a deal could be reached imminently -- as soon as this week.

Deficit shrinks in the first year of Joe Biden's presidency

This isn't quite the picture Donald Trump had in mind. As regular readers may recall, in February 2016, the future president appeared on Fox News and assured viewers that, if he were president, he could start paying off the national debt " so easily."

The Facebook Papers, a series of articles published by a consortium of 17 U.S. news outlets beginning on Friday, shed new light on the company's thinking behind its actions leading up to the Capitol insurrection on Jan. 6 and its ability to fend of hate speech in languages outside of English.

'We will not comply!': NYC workers protest vax mandate with march across Brooklyn Bridge

City workers took to the streets Monday to protest Mayor Bill de Blasio's vaccine mandate for the entire municipal workforce. Days after the mayor announced that all government employees except for jail staff will need to receive a vaccine shot by Friday or be placed on unpaid leave, about 5,000 incensed demonstrators marched over the Brooklyn Bridge to Manhattan.

Migrant caravan containing thousands travels through Mexico towards US border: 'Tell Biden we are coming'

A massive migrant caravan organized via QR code left the town of Huehuetán in the south of Mexico Monday morning on the third day of their long trek toward the U.S. southern border. The caravan, made up of mostly Central Americans, South Americans and Haitians, is the largest and most organized of its kind this year, with participants registering to join via QR code starting on Oct.

U.S. Representative Jim Banks, a Republican from Indiana, has been suspended from Twitter after using the wrong pronouns in a tweet about Assistant Secretary of Health Dr. Rachel Levine, who is transgender. Levine made history this month when she became the first openly transgender four-star officer in any of the nation's eight uniformed services, the Department of Health and Human Services announced.

Hilaria Baldwin broke her silence Monday on hubby Alec's fatal on-set shooting of a cinematographer, expressing "shock and heartbreak" over the "tragic accident. "My heart is with Halyna," Hilaria wrote on Instagram, referring to slain filmmaker Halyna Hutchins. "Her husband. Her son. Their family and loved ones. And my Alec.


All Tribute, NO DEETS

INDEPENDENCE, MO (KCTV) -- The Independence Fire Department has announced the passing of one if its members. Fire Engine Operator and Paramedic Chad Sapenfield died wile at home, according to the department. He was with the department for 13 years.


Cash For Another Good Cause

A memorial fundraiser in honor of Patrick Tobin-who died Oct. 10 at just 32 after a battle with metastatic melanoma-has been launched with the goal of raising $100,000 for no-kill animal shelter, Wayside Waifs. The money raised will help Wayside perform several upgrades to the shelter, which houses 6,000 homeless animals per year.

by: Juan Cisneros Posted: / Updated: SEATTLE - As Sporting Kansas City worked their way to a 2-1 victory in a "Best of the West" showdown, an altercation between goalkeeper Tim Melia and Seattle Sounders forward Cristian Roldan stole headlines.

Royals catcher Salvador Pérez has been named a finalist for the 2021 Silver Slugger Award, as voted on by managers and coaches. Pérez smacked 48 home runs, setting a MLB record for most home runs by a player who spent at least 75 percent of his playing time at catcher.

The threat for severe weather is long gone from our viewing area through the rest of the evening. Temperatures will drop into the 40s overnight with clouds keeping us in the middle 40s through daybreak on Monday. It'll be a chilly day as highs struggle to warm into the middle 50s for most spots with a few peaks of sunshine.

My Morning Jacket - Love Love Love is the song of the day and this is the OPEN THREAD for right now.