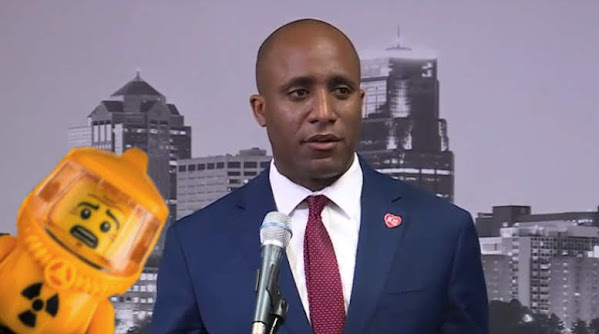 Yesterday the newspaper played tabloid and drummed up an irresponsible narrative betwixt the Mayor's office  & police in their spying story.

Following the tale, here's a quote from Mayor Q that seemingly offers damage control and shares a shocking deet. . .

"Given recent press accounts, I want to make clear that I trust the Police Department with my family’s security, and I know the vast majority of our officers go out and do good work each day. I thank the officer who reported this information to his or her superiors for reporting misconduct and upholding the Department’s standards.

"I am a father and a husband and I have expressed to Department leadership my concern. Having received threats during my term and having recently spent a night standing outside my home with my wife and baby while Kansas City firefighters checked out an explosion threat that had been called into our home, there is real fear and concern for those around me.

"I hope the Department makes clear any misconduct, including that recently reported, falls well below the standards of anyone affiliated with the Kansas City Police Department."