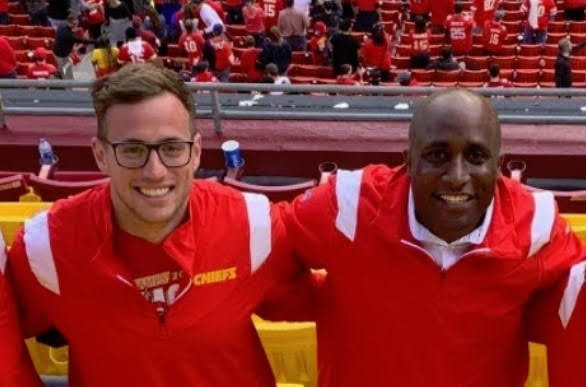 It seems that life is good for the leaders of 12th & Oak and they're so happy that they don't mind sharing a hug in public. 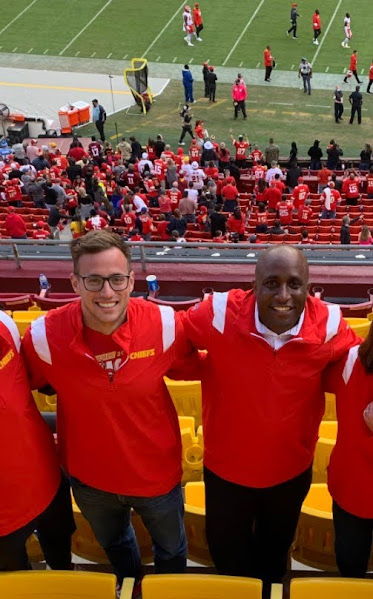 To be fair we cropped the plebs out of this happy photo taken during a mostly meaningless game but insiders are asking an important question . . .

The salaries at city hall aren't so lavish that NFL road games and EXCELLENT SEATS are easily attainable . . . D.C. is an expensive town and their prices make Arrowhead look like a box store discount operation.

Kudos to Mayor Q . . . Most henpecked married dudes would NEVER be able to go on a football road-trip and leave a new wife and baby at home.

OF COURSE we aren't speculating anything torrid but we notice that local newsies have attempted to politely ignore the personal life of the mayor whilst the public remains intrigued given that Mayor's constant social media teasing.

Credit to KICK-ASS TKC READERS who continue to ask the tough questions whilst the rest of this town raises a curious eye at Mayor Q's social media boosterism and public displays of affection.