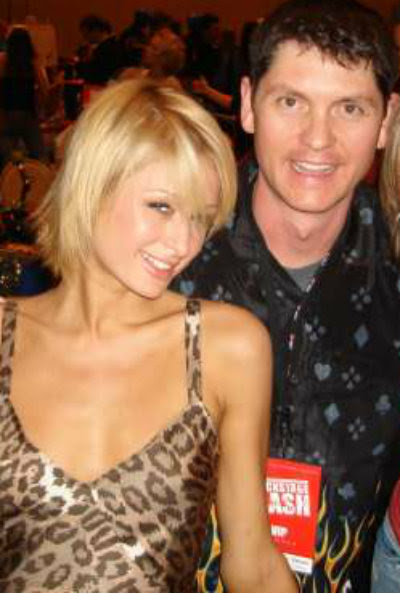 Kelly Urich is one of Kansas City's nices people even though he's seen here tempting fate and standing within sniffing distance to Paris Hilton during her glory days . . .

Whilst terrestrial is quickly becoming a thing of the past, the adventures of the last remaining players deserve consideration . . .

Here's a peak at a well-deserved honor given to the radio jock . . .

"Kelly Urich, host of Kansas City's #1 Morning Show on 94.9 KCMO-FM, received the first-ever Media Mix Above and Beyond Award. The criteria for the award included: exceptional initiative, perseverance, accountability and commitment; rallies for the good of the company, co-workers and community; sustained excellence in overall job performance; and consistent demonstration of a cooperative and positive attitude."

Truth be told . . . Everybody who knows Mr. Urich likes him and he's one of the top reasons that many people still tune into radio . . .