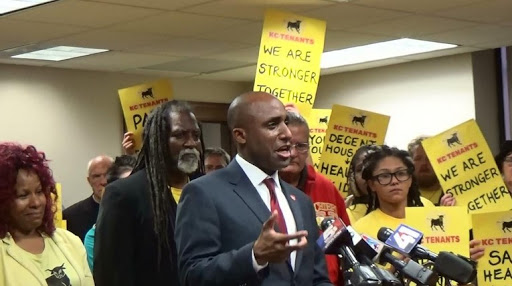 Today an activist protest group has seemingly abandoned their support of Mayor Q.

Here's a look at their raised fist protest just moments ago . . . 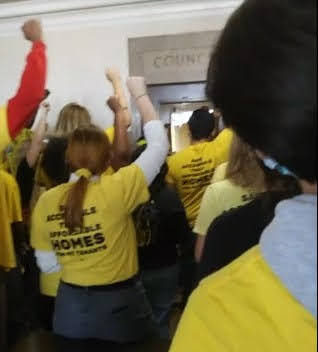 A bold statement from the group and a peek at their livesteam . . .

They're reading the riot act to city hall as they demand for a "housing trust fund" that threatens to bankrupt many small time property owners renting space.

Still, here's a perspective sent our way that hopes to garner a bit of understanding from this blog community of free thinkers . . .

Libertarian thought has hit a wall during COVID 19. Joe Rogan beat the vaccination route because he was rich.

Libertarians kicking working people to the curb is racist.

That's ok because Libertarians barely get out of their bubble. (Face it, The Record Bar has that Traditional KC Sleaze Factor.)

The Question is "how come Libertarians are Ok with socialism for the rich and racism against the poor"?

Every working person's sh*tty Kansas City job is making 500.00 per week for Wall Street  as long as they've been working (Socialism for the rich).

Don't think the rich are ever going to let the average Libertarian into the club is all I'm saying.