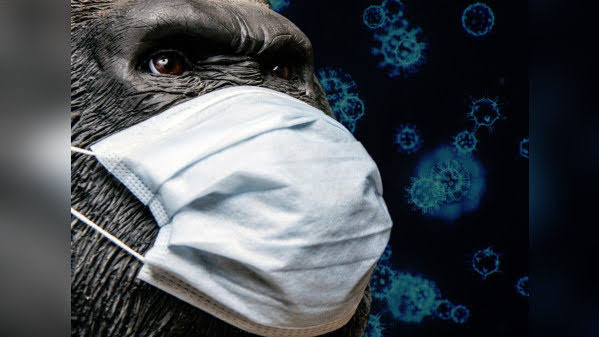 Credit where it's due . . . A local animal jail has a better record fighting the latest global plauge than most hospitals can claim.

Zookeepers said all six of the gorillas have shown COVID-19 symptoms, but some have already returned to normal. The zoo said others are still responding to treatment and their conditions are improving.

The animals' care specialist first reported a gorilla named Charlie did not appear well on Sept. 22. The animal began coughing three days later, according to the zoo. The veterinary health team started treating the animals immediately, but within 72 hours, additional gorillas started to develop symptoms. The zoo treated all of the gorillas with medications including expectorants, Vitamin C, Zinc, and ibuprofen.

Today, the Kansas City Zoo has announced via press release that one of their western lowland gorillas recently had the Delta variant of COVID-19. The other five gorillas that make up the zoo's troop, are presumed to also be positive.

by: Heidi Schmidt Posted: / Updated: KANSAS CITY, Mo. - The Kansas City Zoo says one of its Western lowland gorillas tested positive for the delta variant of COVID-19. The zoo presumes the other five gorillas are also positive for the virus, but are waiting on test results for confirmation.