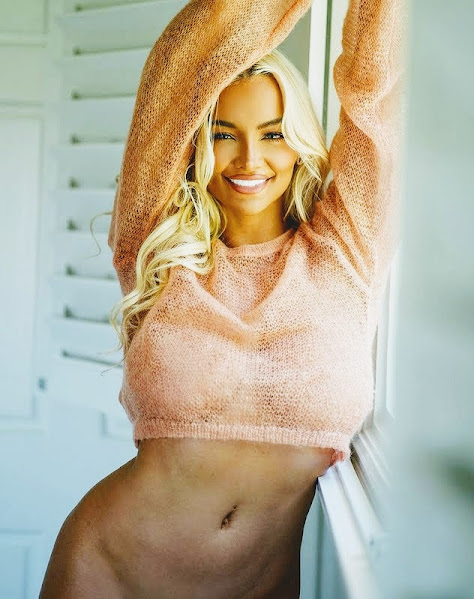 Right now we share an inspirational message from hottie Lindsey as we check pop culture, community news and top headlines.

Take a peek at the www.TonysKansasCity.com collection . . .

Leaders of the Kansas City Zoo could not have a groundbreaking ceremony for a new aquarium because of the pandemic, but they celebrated its construction progress Monday as they launched a public funding campaign called Make Waves KC. At 60,000-square-feet, the aquarium will be home to thousands of sea animals, such as rescued sea otters and octopuses.

KANSAS CITY, Mo. - A manufacturer of plastic components announced plans Tuesday to build a new facility in Kansas City, Missouri. ALPLA, Inc. plans to build a nearly 250,000 square-foot facility in the Blue River Commerce Center. Construction is scheduled to start by the end of this year, with completion set for late 2022.

What's going on at the Kansas City Land Bank? The program's goal is to create more homes and community spaces by selling vacant, tax-delinquent properties. But a recent investigation revealed the Land Bank has potential conflicts of interest and fails to hold buyers accountable.

Kansas City police are asking for help finding a missing 29-year-old man.Police said Landon Isabell was last seen wearing a gray hoodie and has multiple tattoos on his arms and chest. Authorities said his family is worried about his mental well-being.

OVERLAND PARK, Kan. - Firefighters plan to go door to door in the neighborhood where an Overland Park man died in a fire last week. Investigators said the home where 77-year-old David Zabriskie died near 115th Street and Nieman Road did not have working smoke detectors. When firefighters arrived on Oct.

Notorious playboy Dan Bilzerian is known for his wild lifestyle, travelling around the globe on private jets, partying with beautiful women and drinking the most expensive champagne. This is thanks to the 'King of Instagram's' huge net worth of $200million (£145million). However, is his lifestyle really as extravagant as it seems on social media?

At least five former Trump administration staffers have voluntarily spoken with the House committee investigating the January 6 attack on the US Capitol, CNN has learned.


Tax The Rich Push Back

A top House Democrat threw doubt on a new Senate plan to the unrealized capital gains of billionaires and other ultrahigh earners, arguing the proposal may be too complicated to implement. The proposal, which Senate Finance Chair Ron Wyden, D-Ore., is slated to unveil later this week, would set the so-called billionaires' income tax at $1 billion income, or three consecutive years of $100 million or more in income.

There appears to be a growing visible distance between Vice President Kamala Harris and President BIden, as their joint appearances together dropped from 38 in February to just seven so far this month, amid Biden's rapidly declining poll numbers.

Facebook whistleblower Frances Haugen says she's "shocked" by the scale of Facebook's "metaverse" plans. Facebook recently said it would hire 10,000 people to build the metaverse. Haugen said a similar investment in the company's safety division would have been "amazing."

Inside the Emergency Department at Sparrow Hospital in Lansing, Michigan, staff are struggling to care for patients who are showing up much sicker than they've ever seen. Tiffani Dusang, the ER's nursing director, practically vibrates with pent-up anxiety, looking at all the patients lying on a long line of stretchers pushed up against the beige walls of the hospital hallways.

Buckingham Palace says the Queen, who has been advised to rest, is "disappointed" not to attend.

WASHINGTON (AP) - In March, as claims about the dangers and ineffectiveness of coronavirus vaccines spun across social media and undermined attempts to stop the spread of the virus, some Facebook employees thought they had found a way to help.

I Posted A Pic Of Myself Paddle Boarding, And I Was Shocked By My Friends' Comments

When you turn 50, if you're normal and not pathologically overly positive, you fall into a depression. Regrets hit harder, the knee you busted trying to impress a boyfriend 20 years ago hurts more, you start obsessively checking your retirement account and panicking. But there are benefits too, mostly of the I-don't-give-a-f*ck variety.

If you were expecting good Here's this week's sampling: Kansas City Chiefs news in the Week 8 NFL power rankings , we'll just have to assume that since Saturday, you've been frozen in carbonite. You might consider asking Princess Leia to just freeze you again. This was a Sunday of red flags ...

Though our favorite, Dunn's Cider Mill, has wrapped up its season, there are still spots serving hot, fresh apple cider doughnuts around KC.

Jake Heyen's exercises its potential at the intersection of pandemic-pumped fitness and influencer marketing industries, the Kansas City founder said, detailing the intertwined world of fitness-minded consumers and content creators. "We love the fact that we sit within two industries that are poised for explosive growth going forward," said Heyen, who also serves as the startup's CEO.

Tuesday will be windy with high near 62 degrees

Hide Transcript Show Transcript AT 10 MILES AN HOUR THIS MORNING. THE WIND WILL CRANK UP, LUNCHTIME THROUGH THIS EVENING, SOUTHEAST AT 15 WITH GUSTS UP TO 30 MILES AN HOUR. INTO THE LOW 60'S BUT IT MAY NOT FEEL LIKE THAT WITH THE CLOUDS AND ETH WIND.

Saintseneca - "Bad Ideas" is the song of the day and this is the OPEN THREAD for right now.