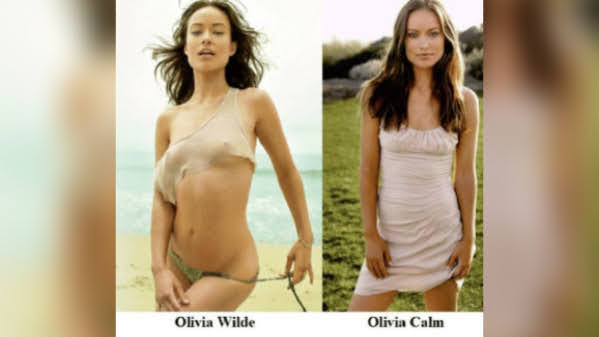 On Thursday, Oct. 14, Kansas City Park Board President Jack Holland announced the hiring of Chris Cotten as the new KC Parks director. The Board of Parks and Recreation Commissioners met on October 11 and voted unanimously to hire Mr. Cotten, following a national search process carried out by the Board of Commissioners.

MISSOURI (KCTV) -- The average gallon of gasoline in Missouri costs $2.97, the highest cost for fuel in the state since 2014. Kansas gas prices carry the same distinction, standing at $3 per gallon, according to data compiled by the American Automobile Association.

KANSAS CITY, Mo. - Kansas City's bid to host the 2026 FIFA World Cup is adding a new look to the downtown KC streetcar. The bid team wrapped one of the streetcar's in a special edition design ahead of the FIFA delegation and selection committee's visit to the city later this month.


The Dotte Advances Against COVID

WYANDOTTE COUNTY, KS (KCTV) -- Wyandotte County officials are loosening COVID-19 restrictions after saying that more than half of the county's population has received at least one dose of a COVID vaccine. The Wyandotte County/Kansas City, KS, Unified Government issued guidance on social gatherings on Aug. 25, as the Delta variant ramped up locally.

JEFFERSON CITY, Mo. (AP) - Planned Parenthood leaders condemned new regulations on Missouri abortion providers that took effect Wednesday. Yamelsie Rodríguez, president and CEO of Planned Parenthood of the St. Louis Region and Southwest Missouri, told reporters that the organization is still unclear on what the rules will do.

LAWRENCE, Kan. (AP) - The Spencer Museum of Art at the University of Kansas has reinstalled a Native American art exhibit that was vandalized in September. Museum officials announced Wednesday that the exhibit, "Native Hosts" by Hock E Aye Vi Edgar Heap of Birds, is back in front of the museum, The Lawrence Journal-World reported.

Olivia Wilde, 37, says she loves her body now more than ever

Olivia Wilde said having children changed her life dramatically. The 37-year-old actress has Otis, seven, and Daisy, five, with former partner Jason Sudeikis. But the Booksmart director said that she appreciates her figure even more these days. 'I love my body now more than I ever have.


Prez Works To Save Planet

President Joe Biden and first lady Jill Biden will travel to Europe in two weeks, the White House said in a statement on Thursday, with the global climate crisis on the forefront of the president's agenda, The journey will mark the second overseas trip of Biden's presidency, and comes as he attempts to take action to address the threats of global climate change.

This is the story of the mastermind behind one of the largest "fake news" operations in the US. For two years, he ran websites and Facebook groups that spread bogus stories, conspiracy theories, and propaganda.

Pope Francis will meet with U.S. President Joe Biden and First Lady Jill Biden at the Vatican on Oct. 29, the White House confirmed on Oct. 14...

Trump ally Steve Bannon's game of chicken with the House committee investigating the January 6 Capitol Hill riot is on the cusp of entering a new and critical phase Thursday as he faces his last chance to reverse course and comply with the panel's subpoena before lawmakers likely move to seek criminal charges.

President Vladimir Putin appeared to be channeling the stereotype of Russia's uneducated working classes this week when he mocked and patronized an experienced American business journalist. Unleashing his inner gopnik during an on-stage interview, he claimed she must be too "beautiful" to understand his complex argument.

If you've been paying attention for the past few years and if you're watching this show, we hope you are, there has likely been a moment when you realized that reality is not quite what you thought it was. A lot of the things you assumed were true, in fact, are not true.

Joe Rogan, who says he was almost vaccinated, tells others 'get vaccinated and then get sick'

Podcast mogul Joe Rogan said he isn't anti-vaccine and that he attempted to receive the COVID-19 vaccination in Las Vegas several months ago but missed the appointment due to scheduling conflicts. Rogan, who tested positive for COVID-19 last month, had downplayed the need for mass vaccines for large events like comedy shows earlier in the year.

"Good Will Hunting took us so long...we were, like, unemployed, broke guys."

Billie Eilish called out Jimmy Kimmel during an appearance on his show for making her look bad the last time she was on in 2019. The singer joined the late-night host Wednesday to promote her new album, " Happier Than Ever," which gave her an opportunity to address the previous interview she did at 17.

KANSAS CITY, Mo. - For years one house on Ward Parkway, right next to Kansas City's Country Club Plaza, has been home to a giant statue of the Pillsbury Dough Boy. The dough boy is a minor KC icon, known well to those who live in the area.

Kansas City's Hannibal Bridge: a bridge to the city's future

Michael Bushnell Northeast News This week we offer a circa 1913 Detroit Publishing Phost-Tint postcard showing the original Hannibal Bridge over the Missouri River, taken during a period of high water, given the lack of a defined river bank and the height of the water on the bridge pylons.


Weather According To Erin

Today is a Storm Track 5 Weather Alert Day. We are tracking a 70% chance for showers and storms. Drier skies for most this afternoon with highs near 74. Another round of rain will be possible late Thursday into Friday along with some much cooler air! Stay connected with us at KCTV5 NEWS.

Billboard #1 in 2011 Adele - Someone Like You is the #TBT song of the day and this is the OPEN THREAD for right now.