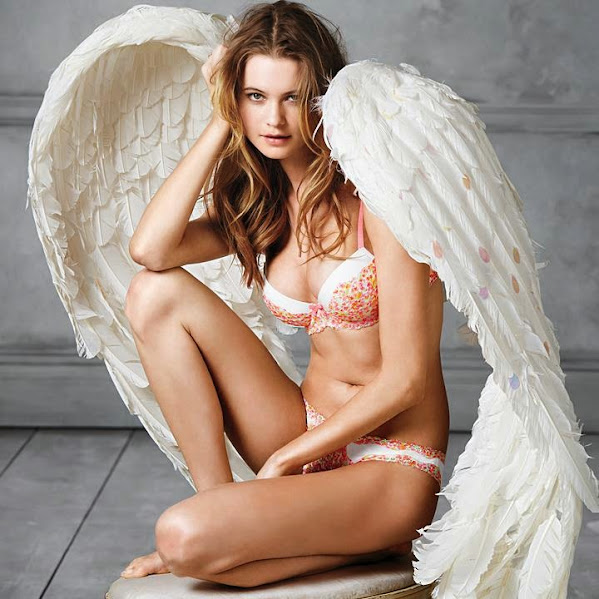 Inspired by the enduring legacy of lingerie angles, we share this peek at pop culture, community news and top headlines.

KANSAS CITY, Mo. - Troostapalooza was held Saturday on Troost Avenue between 30th and 31st Streets from 12-8 p.m. The event "aims to celebrate the community, bringing together neighbors, small businesses, and entrepreneurs to engage with guests," according to the Troostapalooza website.

Hundreds of protesters gathered at Mill Creek Park on Saturday calling for protections to reproductive rights, as abortion access is put in jeopardy across the country. The rally was spearheaded by the Reale Justice Network, ACLU of Missouri, Operation Liberation and other organizations.

As the Delta variant of the COVID-19 virus continues to spread throughout the area, the Library is partnering with KC CARE Health Center to offer FREE COVID-19 vaccine sessions at select Library locations on scheduled days and times - no appointment necessary. Get details on how to get vaccinated.


Kicking It With Hipsters

The playoffs aren't anything new to Sporting Kansas City-the club is poised for its ninth appearance in ten years. This year's club is tenacious, frequently winning from behind. Sporting KC is one of the favorites to win the 2021 Major League Soccer Cup, but the club has changed since its 2013 victory.

Kansas City is known as the 'Barbecue capital of the world,' and these restaurants are seriously bringing the heat. Visitors to Kansas City, Missouri will love its cool, laidback, friendly vibes and one-of-a-kind atmosphere that's as welcoming as it is diverse.

Victoria's Secret has been the subject of serious scrutiny over the past couple years. Now under new ownership, the company is deliberately trying to shift directions, but it can be challenging to escape one's past. In the wake of the controversy, one former Victoria's Secret model has been emboldened to come forward with dark stories about her time at the company.


Inclusion Can Be Healing

Victoria's Secret is launching a line of mastectomy bras

Add mastectomy bras to Victoria's Secret's lingerie lineup as the company continues to ditch its supermodel-based marketing in favor of courting real-world women. The wire-free mastectomy bras will be discounted to $10 from $49.50 throughout October, which is Breast Cancer Awareness Month.

Former President Donald Trump lauded himself for the way he served religious communities in the U.S. during his time in office. "Nobody has done more for Christianity or for evangelicals-or for religion itself-than I have, [doing] so many different things," he said during a phone interview with Devin Scillian on the show Flashpoint.

Chants of "F*** " rained down from the crowd at Alabama's Talladega Superspeedway after Brandon Brown captured his first NASCAR Xfinity Series race victory. The anti-Biden chants came during Brown's post-race interview. After Brown told a reporter his victory was a "dream come true," the crowd began to loudly shout in unison their displeasure with the president.

Tesla Inc . overcame snarled global supply chains to deliver a record number of vehicles in the third quarter. The Silicon Valley electric-vehicle maker delivered 241,300 vehicles to customers in the three months ending in September, it said Saturday, up from 139,593 vehicles during the same period last year.

'Every one of those deaths is unnecessary,' expert says of rising Covid-19 US death toll as tens of millions remain unvaccinated

With a first-of-its-kind antiviral pill against Covid-19 potentially headed towards distribution, the health care community may soon have another tool to combat a virus that has claimed the lives of more than 700,000 Americans.

SEOUL, South Korea (AP) - North Korea has warned the U.N. Security Council against criticizing the isolated country's missile program, in a statement Sunday that included unspecified threats against the international body. During an emergency closed-door meeting of the top U.N.

TAIPEI, Taiwan - China flew more than 30 military planes toward Taiwan on Saturday, the second large display of force in as many days. Taiwan's Defense Ministry said 39 aircraft entered Taiwan's air defense identification zone in two sorties, one during the day and one at night.

Joan Collins has gone all Katie Couric in her new memoir, slamming the Kardashians for their penchant for plastic surgery ... and that's just for starters. Collins took aim in her memoir, "My Unapologetic Diaries," first saying she's a friend of Kris Jenner 's, but goes on to blast those who got cosmetic surgery ...

KANSAS CITY, Mo. - Families say they are waiting months, even more than a year, to get headstones for loved ones they've paid for at one Kansas City cemetery. Marilyn Ross and her son, Ennice Ross Sr., were inseparable. She said the 49-year-old died of COVID-19 while incarcerated in September 2020.

OLATHE, KS (KCTV) -- The Olathe Fire Department lost a member of its team this week. Chaplain Rick Giardine died after an illness on Thursday, according to the department. Giardine just celebrated his 18th year with the department. He began volunteering his services in September of 2003.

Aggressiveness is how you win

In this week's Hok Talk, we discuss the trouble the Kansas City Chiefs* are facing and some things the Royals could learn from it. This is a baseball blog, I know. But I hope you'll forgive me, as you always do, for digressing onto another subject for a bit.

On this week's episode of the Northeast Newscast we're sitting down with Eleos Coffee Head Roaster Vicky Pjecha and Director of Community Impact Catie Harbor. We discuss their upcoming 10 year anniversary, Eleos' mission of service in the Historic Northeast, and a potential expansion project. Join us on October 16 from 10 a.m.

Scattered showers and a few storms will continue to lift northward through the area this afternoon. By tonight a few showers can't be ruled out, but this should not stop any events going on this evening. Clouds will linger during the overnight hours which will hold temperatures in the 60s for many through daybreak on Sunday.

Dishwalla - Counting Blue Cars is the song of the day and this is the OPEN THREAD for right now.