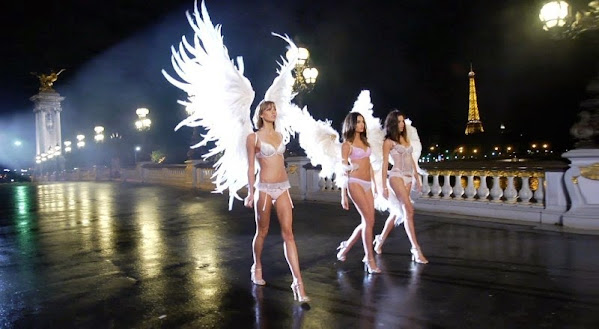 This morning we take a walk with the legacy of the angels and, just for our beloved early birds, offer a peek at pop culture, community news and top headlines.

The Northeast Fall Clean up is in the books and by all accounts, it was a resounding success. Packer trucks at The Concourse and at Lykins Park all reported steady traffic with all manner of discarded refuse and debris. Same for Sheffield and the electronics recycling at the Van Brunt soccer fields.

Beloved Riverside resident found shot to death at nearby QuikTrip

RIVERSIDE, MO (KCTV) -- A murder in Riverside that sent police to a Quik Trip has created a wave of grief for an entire immigrant community. The Quik Trip at NW Gateway Avenue and NW Vivion Road sits diagonally across from the popular Corner Cafe restaurant.

'It's always a tragedy when children get a hold of firearms': Gun expert talks gun safety

Georgia Fowler has lashed out at her online critics. The former Victoria's Secret model took to her Instagram Stories on Sunday to hit back at trolls who claimed she was 'fishing for body image compliments' with a post she'd uploaded two days prior.

During an interview following NASCAR driver Brandon Brown's victory at his first Xfinity Series Saturday, fans appeared to chant "F*** Joe Biden" despite an NBC reporter's claim they yelled "Let's Go Brandon." "Oh my God, this is just everything we've hoped and dreamed for," Brown said.

DES MOINES, IOWA - Former President Trump took aim at the massive spending bill that President Biden and congressional Democrats are trying to pass into law, charging it's a "monstrosity" and "so dangerous for our country." Trump's attacks on the multitrillion-dollar human infrastructure, social spending and climate change package came as he held a rally in Iowa on Saturday.


Afghanistan Snubs US After Exit

The Taliban say they won't work with the U.S. to contain the Islamic State

ISLAMABAD (AP) - The Taliban on Saturday ruled out cooperation with the United States to contain extremist groups in Afghanistan, staking out an uncompromising position on a key issue ahead of the first direct talks between the former foes since America withdrew from the country in August. Senior Taliban officials and U.S.

Diane Keaton's latest star turn? A little short film across from some up-and-comer named Justin Bieber. The Oscar winner joined Bieber for his music video to "Ghost," his somber latest single off Justice .

Kim Kardashian came out hot - in hot pink - for her "Saturday Night Live" hosting debut, boldly cracking jokes about how she's "a Kim - not a Karen," referencing her infamous sex tape and declaring that her "first black person" was OJ Simpson.

A freshly stamped plan to bring more than a dozen women- and minority-owned businesses - among 40 local brands - to Kansas City's new airport terminal is a surreal turn for Laronda Lanear, the Kansas City chef said, noting the project's opportunity for generational impact.

KANSAS CITY, Mo. (AP) - Chiefs second-year linebacker Willie Gay Jr. posted on social media that he is struggling with his mental health. "I love you all," Gay tweeted, adding, "just know my mental health is F'd up."

Overnight lows will drop into upper 60s. A few, light rain showers are possible Sunday morning, but most of the day will be dry. Heavy rain is likely Sunday night into Monday morning, especially for areas south of Interstate 70. One to 2 inches of rain will be possible.

Justin Bieber - Ghost is the song of the day and this is the OPEN THREAD for right now.