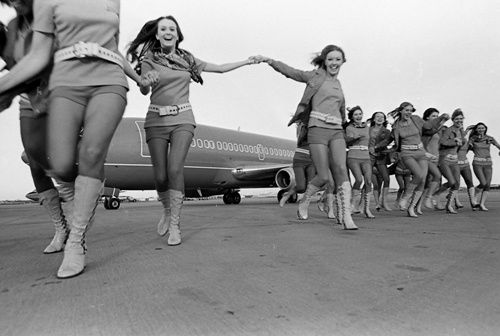 Many locals don't know that Southwest is pretty much running New KCI in much the same way that I didn't know the company once had the market cornered on sexy stews.

Accordingly, their recent trouble doesn't bode well for an investment that will likely bankrupt Kansas City.

"According to Flight Aware, more than 300 flights nationwide are canceled for Monday so far.That's only a fraction of the flights canceled on Sunday nationwide.The airline has said the cancellations are a combination of bad weather, air traffic control issues and a shortage of available staff."

KANSAS CITY, Mo. - More Southwest flights were delayed out of Kansas City International Airport Monday morning. At least six flights were delayed, according to flykci.com, a website where travelers can check their flight status. According to Flight Aware, more than 300 flights nationwide are canceled for Monday as of 4:30 a.m.

Southwest Airlines shares tumbled more than 3% in premarket trading Monday after canceling more than 2,000 flights since Saturday, disrupting the travel plan of thousands of people. Southwest canceled 347 flights on Monday, down from 1,124 on Sunday, which was 30% of its schedule, according to flight-tracking site FlightAware.