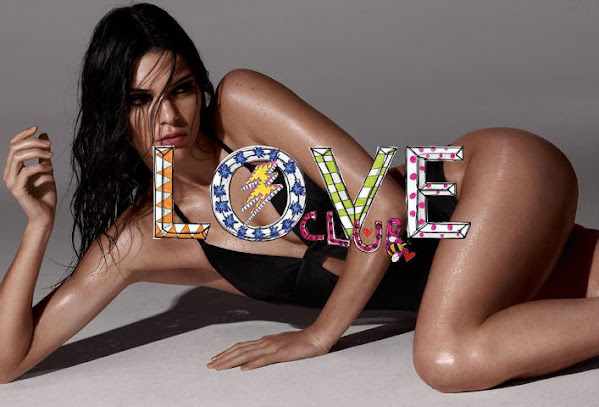 KANSAS CITY, Mo. - Around 6,000 ran in the Garmin Kansas City Marathon on Saturday, which started in front of the Nelson-Atkins Museum of Art this year. The change of the start and finish line was due to construction of the Kansas City Street Car.

JACKSON COUNTY, MO (KCTV) -- It was an early morning start for Kansas City, as thousands of runners and walkers, from the KC metro and beyond, came for this special moment, the start of the Garmin Kansas City marathon. A race that featured a new route, taking participants through some of the city's most picturesque neighborhoods.


Tragedy On The Nice Side Of The Bridge

A man dies after being struck by train in Parkville

KMBC9 NEWS LEADING THE WAY WE HAVE NEW DETAILS OUT OF PARKVILLE, MISSOURI WHERE DOWNTOWNS I A STANDSTILL AFTER A TRAIN HITS AND KILLS A PEDESTRIAN KMBC9S, BIANCA BELTRAN JOINS US LIVE FROM THE SCENE.


More Deets On The Local Boost


Diva Remembers The Past

Looks like Kendall Jenner's Halloween plans are coming down to the wire. On Sunday, the star shared a throwback to her laced-up leather outfit from last Halloween, when she dressed as Pamela Anderson from the 1996 cult classic "Barb Wire." She captioned the fishnet-clad photo simply, "gotta figure out halloween."


La Migra Turns Back On Prez

"I cannot stand one more meeting of them pretending," said Ariana Saludares, a 40-year old advocate from the New Mexico-based Colores United, who was in the meeting. "They give us accolades on the outside, but on the inside, we're having to take out the metaphoric knives from our back."

Democrats step up pressure on Biden on student loan forgiveness

Progressives want Biden to forgive up to $50,000 in federally held student debt per borrower. Doing so would wipe out all federal student debt for about 80 percent of the roughly 44 million Americans who collectively owe the federal government more than $1.5 trillion.

subscribe to The NPR Politics Podcast podcast President Biden had promised to halve U.S. greenhouse gas emissions from 2005 levels by 2030, but an essential tool the administration planned to use to achieve that goal now appears out of reach. The New York Times reported Friday that Sen.

AS Halloween approaches, sick trolls have taken it upon themselves to dress up as Brian Laundrie for the holiday. Images of people wearing laundry baskets and flowerbed costumes have surfaced online poking fun at Laundrie who's fiancée Gabby Petito was killed. "Found my Halloween costume! I'm going to the house on Halloween!!!"

Britney Spears says she wishes she 'lived in another country': 'I'm disgusted with the system'

Britney Spears is giving fans an update amid changes in her 13-year-long conservatorship and says she's not happy living in America. Since 2008, the 39-year-old singer's father Jamie had overseen her conservatorship until late September when judge Brenda Penny suspended him from his role after the star lobbed allegations of oppressive behavior against him.

In "Protest + Hope = Healing," choreographer and organizer Tyrone Aiken brought together a multi-disciplinary cadre of artists for an intimate event that explored how these artists have challenged injustice, offering models for others.


BBQ In The Sticks

You won't miss those traditional barbecue options once you get a look at what else Burn Theory is serving up. For some nice shareables, Jones recommends the SmoFried Wings, which are slow-smoked in the morning and then flash-fried to order to crisp up the outside and lock in all the goodness.

Sunday will be mild, highs in the low 70s

Temperatures overnight will drop into the low 40s.