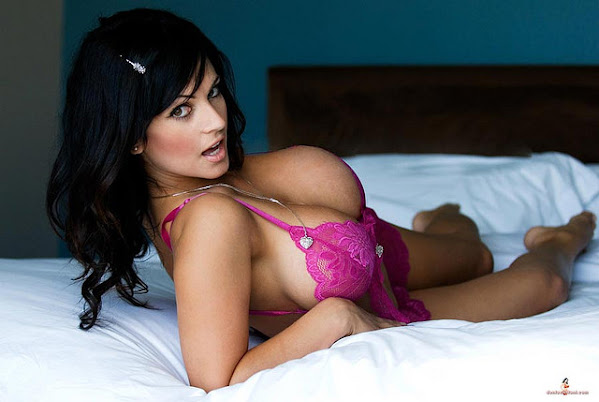 Right now we share a nice memory of hottie Denise and her pioneering work for the Internets discourse along with pop culture, community news and top headlines.

Last summer, several groups took to Kansas City streets to paint Black Lives Matter murals across the city. Soon there will be more street art, thanks to a new $25,000 grant.Artist Avrion Jackson says her murals could use a fresh coat of paint."I'm pretty shocked how much paint is still here," Jackson said.

KANSAS CITY, Mo. - Kansas City-based researcher Dr. John Ervin is leading a national vaccine trial in the Kansas City-area in an effort to stop Respiratory Syncytial Virus. Ervin previously was the first to lead COVID-19 vaccine trials in the metro.

SHAWNEE, Kan. - Shawnee city leaders will soon have to decide how to spend more than $7 million in federal relief money. In March, President Biden signed the American Rescue Plan Act (ARPA) that provided $1.9 trillion in economic stimulus earmarked for public health and economic recovery in response to the COVID-19 pandemic.

Will the Kansas City Council give a standing ovation to incentives for a $63.5 million luxury hotel near the Kauffman Center for the Performing Arts or boo the latest version of the request offstage? Next week could prove conclusive, but comments from elected officials indicate a precarious path.

Photo by Tom Hermans In recognition of Banned Books Week (Sept. 26-Oct. 2), the KC Library has compiled a list of banned books and linked it to their catalog, showing which branches have titles available for check out and how many copies are left.

We've seen a lot of creative ideas come out of Kansas City during the pandemic. However, not many of them are quite as memorable as a Honda Element completely covered in shag carpeting, sporting dog ears. Andy Wiltz, the owner of Kansas City's Woof's Play & Stay, and his father Dan are the innovative minds...

Professor Paul Frampton sentenced to four years for cocaine smuggling Watched inmate brutally murdered as he stood just feet away Renowned physicist duped after falling for bikini model online Voluptuous 32-year-old was in fact member of South American mafia Model had no idea she was being used as honeytrap in trafficking scam Sacked academic wants job so he can return to the classroom He has written 'Tricked!


Politics Is Give & Take

Progressives rallied behind Biden's agenda. Now he's gotta sell them on a compromise.

Instead, he stressed that he wanted to get both bills ready to go first before voting on any individual one. "It doesn't matter whether it's six minutes, six days or six weeks - we're going to get it done," Biden told reporters during the Capitol visit.

Former U.S. President Donald Trump asked a federal judge in Florida on Friday to ask Twitter to restore his account, which the company removed in January citing a risk of incitement of violence. Trump filed a request for preliminary injunction against Twitter in the U.S.

President Biden Joe Biden France (and Britain) should join the Quad Election denialists smacked down by Idaho secretary of state Under Biden, the US could fall further behind in the Arctic MORE has lost support among a key bloc of voters that helped catapult him to the White House: independents.

It's a milestone that by all accounts didn't have to happen this soon. The U.S. death toll from COVID-19 eclipsed 700,000 late Friday - a number greater than the population of Boston. The last 100,000 deaths occurred during a time when vaccines - which overwhelmingly prevent deaths, hospitalizations and serious illness - were available to any American over the age of 12.

No Way Out: How the Opening of a Tunnel Blocked the Path to Peace in Jerusalem

Locals felt differently. The rumble of Warren's explosives, next to the platform that supported the Dome of the Rock and al Aqsa Mosque, two of the world's oldest Islamic shrines, unsettled residents of all faiths in the Holy City. Directly above the dig was the city's courthouse.

Melania Trump was nicknamed 'Rapunzel' by the secret service because she rarely left the White House, book says

Former first lady Melania Trump was reportedly nicknamed "Rapunzel" by the secret service. She got this moniker because she rarely left the White House, according to a new book. Stephanie Grisham says that secret service agents requested to be on Melania's detail to get more time with their families.

Kansas City's biggest Oktoberfest returns after taking one year off

Kansas City's Oktoberfest is back after taking a year off because of the pandemic. KC Bier Company is in its third year organizing the festival, and expects thousands to attend. Everyone 12 years old and up must show proof of vaccination or negative COVID-19 test to attend the festival."First time for an Oktoberfest here, hoping it's a good one, said Mary Schumacher, a vendor at the event.

Joshua Nelson gets called a lot of things. One is the "prince of kosher gospel," a moniker the New Jersey-based musician has earned after 20 years of performing traditional Jewish tunes in the style of the "queen of gospel song," Mahalia Jackson. But Nelson calls himself a "walking dichotomy."

It was a track meet on Friday night, as the Royals beat the Twins, 11-6, at Kauffman Stadium. Straight out of the chute, the Royals hit the ground running, as the first four men to come to the plate reach. Whit Merrifield, who had three hits, singled. Nicky Lopez singled.

Best chances for rain will be Saturday afternoon, evening

Hide Transcript Show Transcript TONIGHT, SHOULD BE FAIRLY DRY TOO. HERE'SHE T HOUR-BY-HOUR FORECAST. WE'LL CONTINUE TO FALL THROUGH THE 70'S. END UP AT 69 DEGREES BY 11:00 P.M. CAN'T SHAKE THE CLOUDS, AND BECAUSE OF THAT, THAT'S WHY THE CHANCESF O RAIN ARE GOING TO BE ON THE UPSWING.

Two Friends ft. Ferris - Love Love is the song of the day and this is the OPEN THREAD for right now.