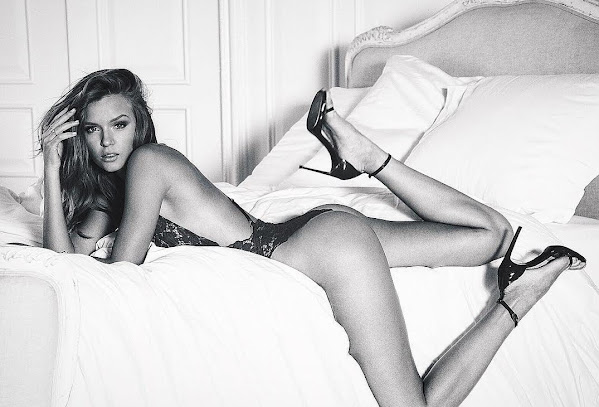 Right now hottie Josie and her body of work has inspired us to take a peek at pop culture, community news and top headlines.

'Just give me my dog': New Kansas City resident has car, dog and belongings stolen

KANSAS CITY, Mo. - A woman who just moved to Kansas City from Hawaii has her car, dog and all of her belongings stolen in broad daylight. She tells FOX4 that her love of the Kansas City Chiefs convinced her to come to Kansas City and she's asking Chiefs Kingdom for a miracle.


Community Outreach In The Dotte

KANSAS CITY, KS -- This weekend kicks off a series of events nationwide aimed at bridging the gap between police and people they serve. Friday night, law enforcement in Wyandotte County participated for the first time. About 40 people attended their Faith and Blue prayer service Friday.

Halloween activities return to Independence despite the pandemic

Halloween's right around the corner, and local attractions are ready for a busy season despite the pandemic.The old 1859 Jackson County Jail and Museum is back to welcoming guests for its ghost tours.

ince making her New York Fashion week debut in 2011, things have been non-stop for Danish model Josephine Skriver. She's modelled in campaigns for just about every major fashion house including the likes of Gucci, Tom Ford and Balmain as well as editorials for Harper's Bazaar, Vogue, Vanity Fair, Interview and the list goes on.

This One Basic Mistake Is Blowing Up Biden's Presidency

Yogi Berra was right. "It gets late early out here." Just nine months into his presidency, Joe Biden's support is collapsing. This isn't just me saying so, although I've been warning about it for months. According to a new Yahoo News/YouGov poll, Biden's approval rating is just 42 percent, with 50 percent of Americans ​​disapproving of how he's handling his job.

The silence of Donald Trump: how Twitter's ban is cramping his style

t was just like old times. On Wednesday alone, Donald Trump issued pronouncements on a potential war with China, what Congress should do about the debt ceiling, false claims of a stolen election and his Fox News ally "the great Sean Hannity". But how many people noticed?

Several top members of the Biden administration were in Mexico City on Friday for a meeting with Mexican officials regarding security along the U.S.-Mexico border. But Vice President Kamala Harris wasn't among them. Harris, whom President Biden appointed in March to manage the U.S.

China's President Xi Jinping has said that "reunification" with Taiwan "must be fulfilled", as heightened tensions over the island continue. Mr Xi said unification should be achieved peacefully, but warned that the Chinese people had a "glorious tradition" of opposing separatism. In response, Taiwan said its future lay in the hands of its people.


We All Need A Break

The well-fed castaways of "Gilligan's Island" couldn't have handled it better. Despite losing themselves at sea for nearly a month, two men from the Solomon Islands have returned from a harrowing rescue with a remarkably positive outlook. "It was a nice break from everything," said Livae Nanjikana, who set out with friend Junior Qoloni from Mono Island on Sept.

Halfway through a 40-minute interview on Thursday evening, Jaclyn Moore paused briefly to navigate a confronting yet common occurrence in the life of an out trans person. Someone on the street hurled derogatory slurs at her as she passed by on the street in New Orleans, where Moore has been working in the writer's room as the co-showrunner of the Queer as Folk reboot for Peacock.


Serving The People In Kansas City

Medical students with Kansas City University volunteered today at the Kansas City Community Kitchen located at 7th and the Paseo Boulevard to serve hot meals to some of Kansas City's houseless and most vulnerable populations.

Baseball returned for a full season this year, and even though the game tried to deaden the ball to limit home runs, there were still the fourth-most home runs hit in baseball history. The Royals hit 163 home runs, third-most in club history (behind only 1987 and 2017) and yet still finished dead last in the league.

Saturday is going to be a windy and warm day in Kansas City. Temperatures will start out in the 60s but a strong southerly wind (gusts near 25 mph!) will help them quickly warm up into the 80s by lunch and top out near 90° by the afternoon.

Courtney Barnett - Write A List Of Things To Look Forward To is the song of the day and this is the OPEN THREAD for right now.