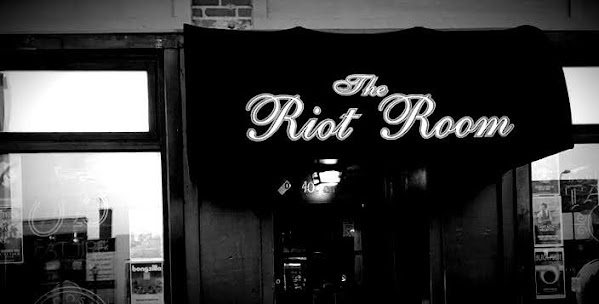 Final note for the late, late night . . . We remember a Westport institution that everyone liked much better when it was The Hurricane.

And so we present a cacophony of local news follow-up . . .

The Riot Room closes its doors after 13 years

The Riot Room in Westport is officially closed. With no bands touring and no audience buying tickets, the live music venue was forced to shut its doors after taking large financial losses during the pandemic.

After 13 years of live music in Kansas City's Westport area, The Riot Room is closing its doors. Read a tribute from Eight One Sixty host Chris Haghirian.


The Riot Room shutters after 13 years in Westport

Another blow has been struck in the heart of Westport, with rumors of The Riot Room's abrupt shutdown surfacing on Reddit and Facebook threads Oct. 1 and gathering steam throughout the weekend. By Monday, Riot Room owner Tim Gutschenritter confirmed the news with KCUR.

KANSAS CITY, Mo. - A local music venue that was a Kansas City staple for more than a decade shut its doors over the weekend. The owners of The Riot Room say after the COVID pandemic hit, it was a challenge to get back on track.

The farewells started to crop up on social media over the weekend, lamenting the end of the Riot Room near the corner of Westport Rd. and Broadway. On Monday, owner Tim Gutschenritterconfirmed that the venue had closed its doors on Friday. "Yes," he said. "The Riot Room is closed."