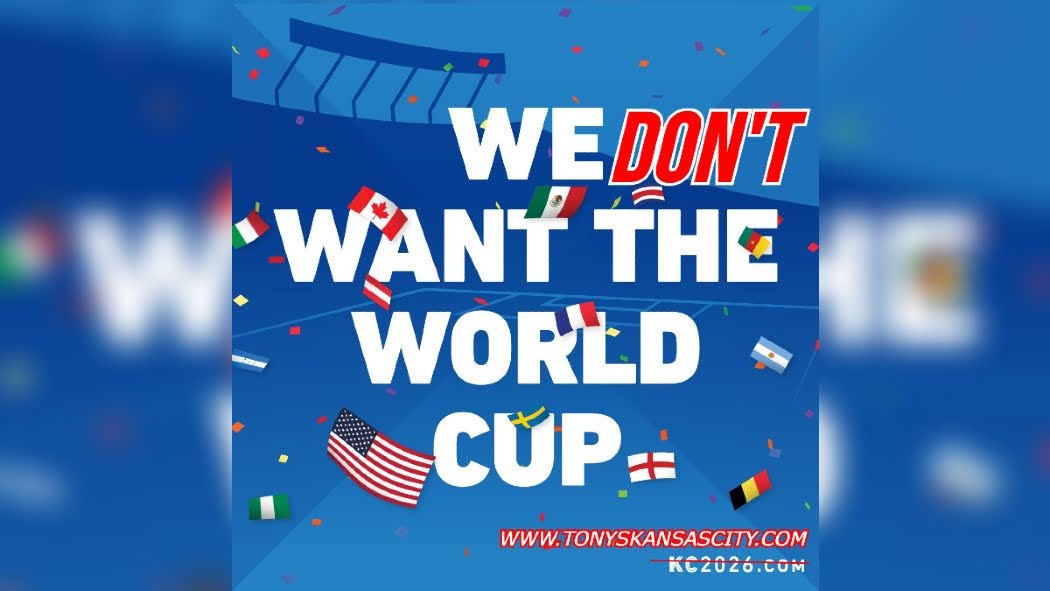 Euro-trash is visiting Kansas City and it's important to provide an alternative perspective.

Local news is just rehashing press releases . . . And ignoring much better reporting on the tainted legacy of FIFA and the sketchy world cup . . .

Fifa, football's world governing body, has been engulfed by claims of widespread corruption since summer 2015, when the US Department of Justice indicted several top executives. It has now claimed the careers of two of the most powerful men in football, Fifa President Sepp Blatter and Uefa President Michel Platini, after they were banned for eight years from all football-related activities by Fifa's ethics committee.

Meanwhile, just about every "journalist" has become a cheerleader for this effort that won't bring back the glorious history of local tourism that COVID killed.

KANSAS CITY, Mo. - The time has come for Kansas City to show the international governing body of soccer why the 2026 World Cup should be hosted right here. The FIFA World Cup selection committee is starting their second leg of city tours that include 17 cities in the United States vying for 11 spots.