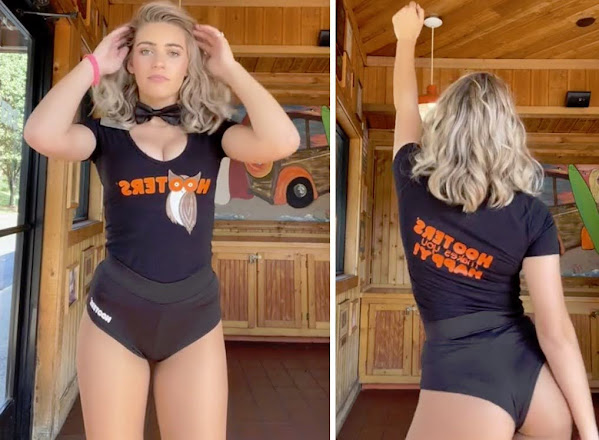 Right now we share a peek at hottie working conditions along with pop culture, community news and top headlines.

KANSAS CITY, MO. - The Cordish Cos. has broken ground on Three Light Luxury Apartments, a $140 million apartment complex in the heart of Kansas City's Power & Light District. Three Light is the third apartment property to be built in the area, following One Light and Two Light, which are 97 percent occupied.

PARKVILLE, Mo. - Downtown Parkville is a walkable spot filled with shops and restaurants and on Saturday night, it was a booming area with a beer festival being held in the area. "A lot of people in town. The downtown area was jumping. A very festive day," Riverpark Pub owner Troy Todd said.

"We encourage anyone who receives a letter to take advantage of this free service," the pension system said. PSRS/PEERS also has a dedicated telephone number with individuals trained to address questions about the incident. The phone number is 888-391-6964. It is unclear whether DESE has made credit monitoring available to the more than 100,000 teachers affected by the security flaw.

Evergy plans to beef up its renewable energy supply in Kansas. The power utility, which provides electrical service to approximately 1.6 million customers in Kansas and Missouri, issued a Request for Proposals to buy wind-energy supplies of up to 1,000 megawatts by 2026.

Will Kansas City play host to the World Cup? This is a "make it or break it" week in the city's quest to host at least one or two games in the world's most watched soccer tournament.

There is such a thing as too skimpy for Hooters -- the restaurant is reversing course on a new uniform they were trying to get their girls to wear ... this after being called out.

Colin Powell, military leader and first Black US secretary of state, dies after complications from Covid-19

Colin Powell, the first Black US secretary of state whose leadership in several Republican administrations helped shape American foreign policy in the last years of the 20th century and the early years of the 21st, has died from complications from Covid-19, his family said on Facebook. He was 84.

ESPN college basketball and football reporter Allison Williams has joined a small minority of workers who have quit or been fired from their jobs over a vaccine mandate. "I have been denied my request for accommodation by ESPN and The Walt Disney Company, and effective next week, I will be separated from the company," she said in a video posted to Instagram on Friday.

The Biden administration is asking the Supreme Court to block the Texas law banning most abortions, while the fight over the measure's constitutionality plays out in the courts. The administration also took the unusual step of telling the justices they could grant the Texas law full review and decide its fate this term, which already includes a major case about the future of abortion rights in the U.S.

Video above: Executive privilege move won't open a Pandora's box, White House saysFormer President Donald Trump has filed a lawsuit to block the release of documents to the Jan.

The plans, some of which are still in progress and not finalized, are aimed at averting a potential surge in delinquencies when payments resume in February, which the Biden administration announced in August. Turning back on the federal government's massive, $1.6 trillion student lending apparatus that's largely been frozen for nearly two years is an unprecedented logistical challenge for the Education Department.

White House press secretary Jen Psaki on Monday would not comment on reports that China tested a nuclear-capable hypersonic missile, but instead, said the United States welcomes "stiff competition," while maintaining that the Biden administration does "not want that competition to veer into conflict."


American Scarcity Spinning Out Of Control

Transportation Secretary Pete Buttigieg's claim that the U.S. supply chain was only strained because of President Joe Biden's success in guiding the country out of a recession raised plenty of eyebrows on Sunday. The U.S.

New holiday COVID-19 guidance from the Centers for Disease Control and Prevention urges eligible people to get vaccinated against the virus and wear masks - in some cases - when gathering.

She seemed to be one of the few not too pleased with the news that Travis Barker and Kourtney Kardashian are engaged. And Shanna Moakler took to Instagram on Sunday night hours after the engagement with a dramatic reaction as she admitted to being 'temporarily closed for spiritual maintenance.'

Conservative media personality and podcast host Will Witt from Prager University visited UMKC this month. He gave a presentation that covered a wide range of topics, including vaccines, abortion, cancel culture and sexual gratification, among others. Witt was invited to campus by the UMKC ...

Not all bluestem grass is good for the prairie

'It's not a secret': Patrick Mahomes and the Chiefs have a turnover problem


C-List Tribute From The Pitch

Sunny and Warmer For Monday

Hide Transcript Show Transcript 45 DEGREES. 12-HOUR FORECAST IN KANSAS CY.IT FEELING THOSE STRONGER WINDS DEVELOPING AT 11:00 THIS MORNING. LASTING THROUGH 5:00 THIS EVENING. SUSTAINED 10 TO 1 ARMY. REHI GUSTS UP TO 20 TO 25. COMBINED THAT WITH SSHUNINE. HIGHS IN THE THROW MID 70'S.

Samantha Fish - Better Be Lonely is the song of the day and this is the OPEN THREAD for right now.