Kansas City Monday Back To The Grind News & Word Of Weather Lady Pounded!!! 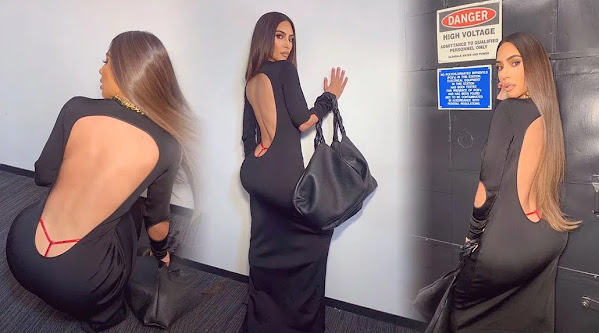 Back To Work In Kansas City

KANSAS CITY, Mo. - Even months after hair salons reopened following a temporary closure at the onset of the COVID-19 pandemic, Heather Coleman's business has not recovered. "I'm actually at about a quarter of the pay I used to be at," Coleman, a hairstylist, admitted. "That's actually why I was looking into getting more training."

When looking for something to do in Kansas City, ask a local

Here at Up To Date it's not uncommon to ask a coworker what their plans are for the evening or weekend. But we're a small sampling of what's available for fun and entertainment so, we decided to ask others who live and work around here, "What's on your planner?"

KANSAS CITY, Mo. - On an early Monday morning, 25 elementary students make their way off a bus, into Operation School Bell, a program that's part of Assistance League of Kansas City. "I mean as soon as you walk in they say, 'This is the best place ever,' so it's great," School Counselor, Heather Schuller said.

by: Kevin S. Held Posted: / Updated: JEFFERSON CITY, Mo. - In just over two months, the COVID positivity rate has nearly been cut in half in Missouri. According to the Missouri Department of Health and Senior Services, the state has recorded 687,041 cumulative cases of SARS-CoV-2-an increase of 674 positive cases (PCR testing only)-and 11,694 total deaths as of Sunday, Oct.

TOPEKA, Kan. (AP) - Roger Marshall won't let people forget he's a doctor, putting "Doc" in the letterhead of his U.S. Senate office's news releases. But when he talks about COVID-19 vaccines, some doctors and experts say the Kansas Republican sounds far more like a politician than a physician.


Hottie Has Sense Of Humor

Bad things tend to happen when Saturday Night Live pivots away from the comedian/actor/musician/sports star host template and lets someone else take the reins-politicians, entrepreneurs, bored billionaires, etc.-in the hopes of luring in a new audience or generating some headlines.

'The president's decline is alarming': Biden trapped in coronavirus malaise

"There is a malaise," said Sarah Longwell, a moderate Republican strategist who became a vocal supporter of Biden in 2020, and led the focus group of Democratic voters. "People don't feel like their lives have been improved. They did sort of feel that promises aren't being kept."

It was a point of pride and an applause line for former President Donald Trump over the weekend: "I never conceded," he said, drawing one of the many huge ovations he got in his return to Iowa Saturday.

Vice President Kamala Harris is getting roasted on social media after appearing in a NASA video for kids while the Biden administration's approval ratings continue on a downward spiral. Harris, who serves as chair of the National Space Council, talked to kids about her fixation with the "craters on the moon" during a NASA video on YouTube honoring World Space Week.

'Enjoy it': Fauci says it's safe for Americans and their children to trick-or-treat and celebrate Halloween


It's Nice To Have Friends

The US can't fight China for Taiwan, but it can help Taiwan make China think twice about starting a war

Taiwan has become a focal point for tensions between the US and China. Many in the US have called for a commitment to defend the island against Chinese attack, but a war with China over Taiwan would likely be devastating. The US can and should help Taiwan improve its ability to defend itself and better deter China.

Heavy marijuana users who are also vaccinated may be more susceptible to breakthrough cases of COVID-19, a new study found. The study, published last Tuesday in World Psychology, found that those with a substance use disorder (SUD) - a dependence on marijuana, alcohol, cocaine, opioids and tobacco - were more likely to contract the coronavirus after receiving both of their vaccination shots.

John Oliver said the problem with misinformation and lies on social media goes far beyond what's reported. As bad as it is in English, it's often worse in other languages. False and misleading posts that get slapped with a warning in English will often spread unchecked in posts aimed at immigrants' diaspora communities, Oliver said.

Paul McCartney insists he had nothing to do with Beatles' split

Sir Paul McCartney has set the record straight on the Beatles' split in 1970, insisting: 'I didn't instigate the split.' Speaking in an upcoming episode of BBC Radio 4's new interview series This Cultural Life, McCartney, 79, said: 'John walked into a room one day and said 'I am leaving the Beatles''.'

Cambel McLaughlin thought he was being punked. An unapologetic opponent of lockdowns and Covid-19 vaccine skeptic - he is, as he puts it, "pro-medical choice"- the 27-year-old Brit is founder of Jam for Freedom, a group of U.K.

The need for speed at the first Kansas City Speedway

By Diane Euston When the Kansas Speedway opened to adoring race fans in 2001, residents in the metro were elated to finally quench their need for speed. The impressive 1.5-mile oval track stands as a clear landmark as cars whip down the highway in Kansas City, Kan.

KANSAS CITY, Mo. - Art is popping up around Kansas City showcasing Chiefs pride and highlighting cultural diversity. Phil "Sike Style" Shafer tells KSHB 41 News he "got the picture" and painted a mural for the Week 5 Chiefs vs Bills game that now sits in the Power and Light District in downtown Kansas City.

LEE'S SUMMIT, Mo. - For those who have fought breast cancer and won, many are left with battle scars. Kara Gutierrez, owner of Spot On Beauty, who specializes in permanent cosmetics is helping bring normalcy back to these women's lives.

As the founder of C and G Construction, Gale has always kept a business office in the corner of this building, and he originally rehabbed it with the intention of leasing it.

KANSAS CITY METRO (KCTV) -- Kansas Citians are waking up Monday morning to heavy rain and thunderstorms, as severe weather pounds the metro area. People should be careful if they have to be outside, and as they are on driving on the roads.

Tainy, Bad Bunny, Julieta Venegas - Lo Siento BB:/ is the song of the day and this is the OPEN THREAD for right now.