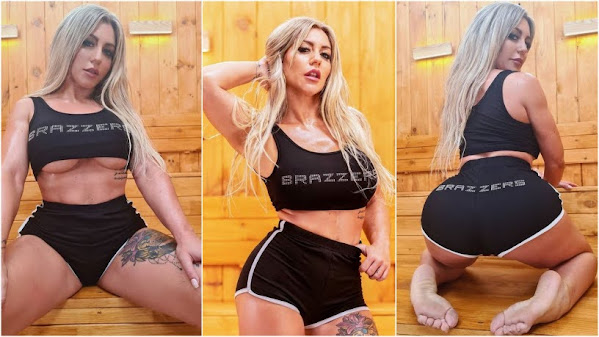 For this update we take a peek at a celebrated pr0n company sharing a glimpse at their merch whilst we take a closer glimpse at pop culture, community news and top headlines.

When can we see bright fall colors around Kansas City?

KANSAS CITY, Mo. - We're moving through the fall season and starting to really feel like it around town. Morning temperatures have dropped into the 50s almost every morning this month (nine out the first 12 mornings), and even into the 40s early today and three times in late September.

MISSOURI (KCTV) -- The Missouri Department of Elementary and Secondary Education is embracing a new policy designed to allow more students to stay in the classroom despite being exposed to COVID-19. The "Test To Stay" policy was created by state education and health officials, and allows students exposed to COVID to stay out of quarantine under certain conditions.

The number of children hospitalized with COVID-19 is declining, following a surge of cases of the highly-transmissible delta variant over the summer that greatly affected kids. Dr. Angela Myers, the Infectious Diseases Division Director at Children's Mercy Hospital, said Tuesday that although numbers are going down, it is important for children to continue to wear masks in school and to get vaccinated.

Kansans will pay more for natural gas this winter

WICHITA, Kansas - Your natural gas bill is going to go up this winter. Natural gas prices run nearly double what they did a year ago and experts predict the increased prices to last at least through the winter. Utility companies pass the cost of natural gas directly on to their customers.


For Those Who Have Bad Gas

As eight people recover from a carbon monoxide leak in a KCK grocery store, local firefighters say it serves as an important reminder to check your carbon monoxide detectors.

Donald Trump is back. Democrats should be sweating

Former President Donald Trump has repeatedly hinted that he may run for president again in 2024 and a recent rally in Iowa has fueled further speculation about his intentions. Iowa is a key state in the early stages of a presidential race as it is the first in the nation to indicate a preference for the Oval Office.

Vice President Kamala Harris' widely panned science video is the latest mishap in what has been a chaotic first year for the vice president's office. Harris was recently featured in a space-themed video - the first in a YouTube series entitled "Get Curious with Vice President Harris" - that was heavily criticized online for the veep's performance as well as the fact that child actors were used in its production.

The backlash Senate Minority Leader Mitch McConnell (Ky.) received from fellow Republican senators last week is a wake-up call to the GOP leader that he doesn't have any more political capital to spend on helping Democrats raise the debt limit aga

Putin says Russia is not using gas as a weapon, stands ready to aid Europe

Russian President Vladimir Putin said Wednesday that his country is not using energy as a weapon against Europe and that Russia stands ready to help the region as its energy crisis continues. "We are not using any weapons," Putin told CNBC on Wednesday.

At least four people have been killed and others injured in the Norwegian town of Kongsberg by a man armed with a bow and arrow, local media have reported. Øyvind Aas, the police chief in the town, about 70km southwest of the capital, Oslo, told a press conference on Tuesday night that the attacker had been arrested and "according to our information, is the only person implicated".

Social Security recipients get 5.9% increase, but rising prices will offset the boost

Social Security recipients will receive an annual cost of living adjustment of 5.9% next year, the largest increase since 1982, the Social Security Administration announced Wednesday.

Blue Origin sent four people into space Wednesday during its second crewed flight mission William Shatner, 90, who is famed for his role as Captain Kirk in Star Trek, is now the oldest person in space Along for the ride are paying customers Chris Boshuizen and Glen de Vries, as

Hopefully Justin Bieber 's watched the "60 Minutes" special on deepfakes by now, so he can tell when he's complimenting -- or challenging -- the real Tom Cruise . JB got totally fooled by the @deeptomcruise TikTok account recently, believing the "Tom Cruise" created by artificial intelligence was the real deal playing guitar and singing.

KANSAS CITY, Mo. - A Kansas City Chief's fan apparently knows what will help the team turn the season around and return to their winning ways. Chandler Wallander started a GoFundMe in hopes of buying out Daniel Sorensen's contract. The Chief's missed 14 tackles through the first two games.

UMKC officially opened the Robert W. Plaster Free Enterprise and Research Center to the public earlier this month. The $32 million building features innovative equipment and facilities that students, faculty and community members can use. Located on Rockhill Road and 51st Street, the center was ...

Enjoy fair skies and a mild evening while a gentle breeze sends temperatures into the upper 50s shortly after sunset. Long sleeves or a light jacket will be appropriate attire for anyone spending time outside. Temperatures overnight will drop into the lower 50s making for a cool but fresh feeling morning under a partly cloudy sky.

Justin Bieber - Red Eye is the song of the day and this is the OPEN THREAD for right now.