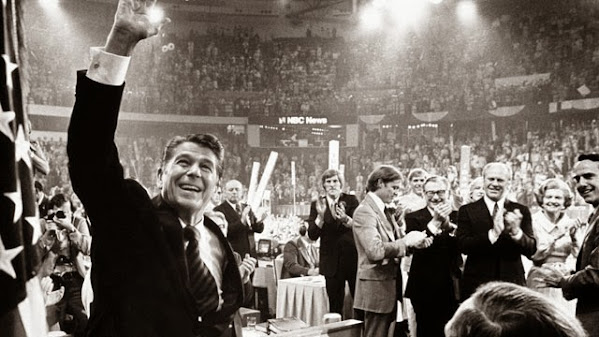 Apropos for #TBT we remember that one of the last times Kansas City took the national political stage was a losing effort.

On the bright side . . . The 76 convention was best remembered for Kansas City hyping future Prez and former primate co-star Ronald Reagan.

Now locals attempt to recapture the glory days in an unlikely bid.

Current and former leaders in the region say it starts with fundraising.

“It was a heavy heavy lift,” said former KCMO Mayor, Sly James. “It was also heavy financial lift, you have to raise about $75-80 million to do this. It’s not an easy thing to do. We have other things competing for those dollars.”

KANSAS CITY, Mo. - As Kansas City, Missouri, plans to bid for the 2024 Republican National Convention, excitement and planning efforts are underway. "I'm just really excited hearing this news, we tried before and unfortunately didn't get it, I'm hoping this year we get it," Marisel Walston, chair of the Johnson County Republican Party said.