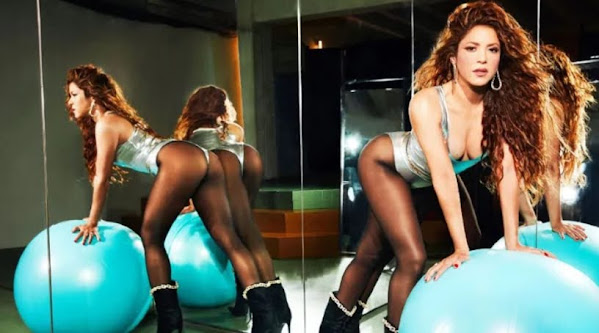 Kansas City police give guidelines on when to dial 911

Kansas City, Missouri police 911 dispatchers handle an average of 1 million calls a year. They take every call seriously so it's important to call only in true emergencies and to be ready to answer some important questions.Every 911 operator at the Kansas City Police Department dispatch center takes close to 400 calls a day.

KANSAS CITY, Mo. - Kansas City, Missouri, City Councilman Brandon Ellington said that he is appealing his municipal assault conviction. The councilman was found guilty of assault earlier this month by the KCMO Municipal Court. Ellington currently faces one year of probation and a $500 fine.

A congressional subcommittee is asking for records that would show any communications between Trump White House staffers and representatives of Overland Park, Kansas, trucking company Yellow Corporation. The committee wants to know why Yellow got a $700 million CARES Act loan.

KANSAS CITY, Mo. - Kevin Strickland has a hearing date once again. But it's not as soon as the Jackson County prosecutor, who says his murder conviction should be thrown out, had hoped for. Before there can be an evidentiary hearing, now set for Nov.

Missouri's gasoline tax has gone up, but you could get it back with receipts

Since last Friday, the Missouri gasoline tax has gone up 2.5 cents a gallon. There's a way that money could end back up in your pocket. You must keep your receipts from every time you get fuel."I think that's a hassle. But I'd like to try to do that to try and get some money reimbursed.

TOPEKA, (KSNT)-A rise in crime is adding to an already stressed court backlog. Some states said it will take months for criminal cases to come to trial. And in Kansas, it's impacting prosecutors, judges, and people waiting to hear back on their case. Maban Wright, Deputy Public Defender for Kansas' Third Judicial District, told Kansas [...]

KANSAS CITY, Mo. - Work on the Kansas City International Airport's new terminal continues. The developers shared new pictures from inside the terminal on Thursday as crews continue with construction. They're installing terrazzo floors in the building. Build KCI has also said they're making progress, nearly halfway done, on the baggage handling system.

Shakira: Singer attacked by a pair of wild boars

Boars, which can carry a wide variety of diseases, are listed among the world's most invasive species and can survive in almost any environment. But increasingly the animals are drawn to cities, where they live off rubbish discarded by humans.


No Prez To Prez Riot Pardon

WASHINGTON - The White House on Friday formally blocked an attempt by former President Donald Trump to withhold documents from Congress related to the Jan. 6 attack on the Capitol, setting up a legal showdown between the current and former president over executive privilege.

Sen. Mitch McConnell, R-Ky., has informed President Joe Biden that he, along with other Republican senators, will not vote to raise the debt ceiling in December should Democrats face "another avoidable crisis."

The House Select Committee investigating the Jan. 6 riot at the U.S. Capitol is threatening to hand out criminal contempt referrals after a lawyer for former Trump strategist Steve Bannon said his client would not cooperate with subpoenas.

Coronavirus FAQ: Should I humor my friend's request for a pointless COVID precaution?

My friends invited me to spend a weekend at their cabin. I'm vaccinated. So are my friends - who are demanding that I get a rapid COVID test right after traveling to see if I got infected during the flight. But a test wouldn't address that concern so isn't it ...

A small contingent of U.S. troops has been deployed to Taiwan to train local forces, a move applauded by senior Senate Republicans as a deterrent to a potential Chinese invasion of the island. "It has been going on for quite some time," Oklahoma Sen.

Donna D'Errico sure knows how to make a splash. The "Baywatch" alum had all eyes on her on Friday as she stepped out with friends in Santa Monica, California. The former Playboy pinup made jaws drop with her age-defying physique. The actress rocked a dangerously low-cut white lace crop top that left little to the imagination.


Things Are Looking Up

The Draconid meteor shower is expected to peak on Friday and last through Sunday bringing with it a drizzle of meteors for dedicated stargazers.The Draconids are notoriously "sleepy" showers, only producing five meteors per hour most years, according to EarthSky.

The Electric Park Garden Bar is now open at the J. Rieger & Co. Welcome Center at 2700 Guinotte Ave. in Kansas City's East Bottoms. The 11,000-square-foot outdoor space is the third bar and restaurant concept at the Kansas City-based craft distillery, joining The Mongram Lounge and The Hey! Hey!

KANSAS CITY, Mo. - On Oct. 1, Missouri started processing applications under Medicaid Expansion, and now University Health is helping eligible people sign up. Financial counselors with the hospital guide people through the application process which the hospital says is free and available to anyone regardless of whether they receive care from the hospital.

'Nothing can compare to this time culturally': Paul Dorrell on 30 years of Leopold Gallery

Perfect weather, an abundance of laughter, and the power of music combined for an entertaining evening at Grinders KC in the Crossroads. Indie rock artist St. Vincent rolled through Kansas City Oct. 7 in support of her latest record, Daddy's Home, bringing along LA-based comedian Ali Macofsky to kick off the night.

Clear skies and mild temperatures will pave the way for a very warm Saturday. We will start in the mid-60s. The afternoon high will reach to the lower 90s. That will set a new record. The old one is 90 degrees set in 1963. Winds could gust as high as 30 mph.