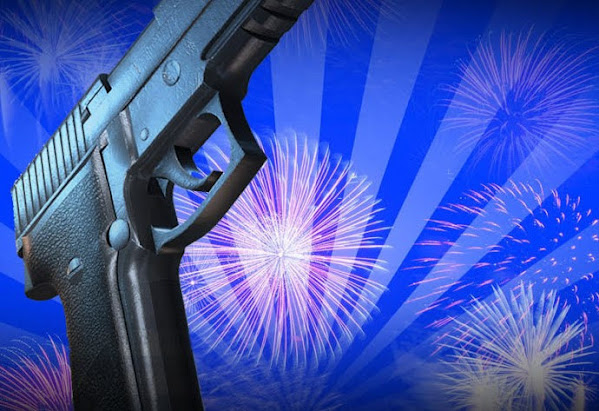 This week Kansas City has suffered another triple shooting and two more homicides.

Accordingly, in this collection of local crime links we share ALLEGED misdeeds, police action, court cases and all manner of info to help keep locals safe.

KANSAS CITY, Mo. - The trial against an accused serial killer will proceed after attorneys involved the case said they were comfortable moving forward. With that decision, a Jackson County judge scheduled Frederick Scott's murder trial to begin on Sept. 6, 2022. Jury selection is expected to begin Sept. 1.


The FBI ruled this 17-year cold case in Kansas a homicide, but still no answers for Alonzo Brooks' family

Maria Ramirez thinks about her son Alonzo Brooks every day. "I'll go outside and - little things, you know - it just could be the wind, and I think that's him messing my hair," Ramirez said. Brooks was living with his mom in Gardner, Kansas, in 2004, when he went with friends to a house party in La Cygne, about an hour away.

PLATTE COUNTY, MO (KCTV) -- Family members of two men shot and killed during a dispute about firewood in February are upset that a grand jury declined to indict the man who shot them. The grand jury "found no crime had been committed in the shooting." The deadly shooting happened on Feb.

PARKVILLE, Mo. - Family members of two men killed in a double shooting in Parkville are expressing their disgust after a Platte County grand jury declined to charge a man. The deaths raised eyebrows back in February when investigators shared that the conflict started over the sale of firewood.

An 18-year-old was shot and injured Wednesday evening in Grandview following an argument among family and friends in an apartment complex parking lot, according to police. The shooting occurred around 6:15 p.m. to the 5900 block of 136th Street, Sgt. Dean Van Winkle, a police spokesman, said in a statement.

KANSAS CITY, Mo. - The Independence Police Department has released new information Wednesday about Saturday's accidental shooting that killed an 8-year-old boy. IPD Public Information Officer Jack Taylor said in an email to KSHB 41 News that a younger sibling of the 8-year-old boy found an unsecured firearm in the residence in the 1200 block of North Liberty Street.

KANSAS CITY, MO (KCTV) -- The FBI is sharing information about an unsolved bank robbery from 2019 in the hopes that they will receive additional tips and information. The robbery happened at North American Savings Bank around 4:40 p.m. on Oct. 28 of that year. The branch is located at 7012 NW Barry Road.

A local mom could spend the rest of her life in jail after deputies say she shot and killed her husband. But her attorneys, and a domestic violence advocate, said she was scared for her life after years of abuse and was forced to stand her ground.


Body of Lenexa man not seen since Oct. 2 located in KCMO; no 'foul play' suspected

(NEXSTAR) - A woman who went viral with the hilarious story of her "worst first date" is now claiming that a "drove" of other women have come forward with stories of a strikingly similar - and awful - first dates, perhaps with the very same romantically-challenged bachelor.