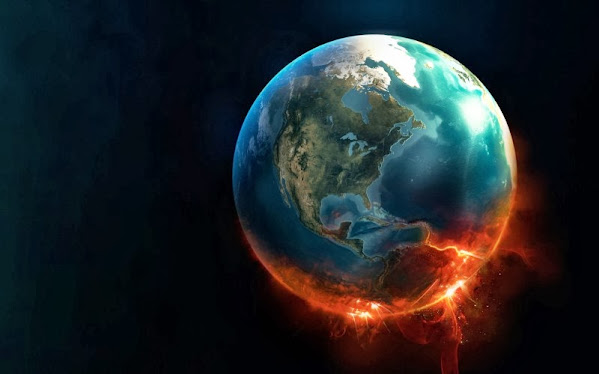 The premise of a recent Kansas City metro environmental report was unquestioned and politely ignored because it's tragic and touches on very real and personal grief.

A local mum activist claims her son "became overwhelmed by a sense of hopelessness about the climate. He died by suicide in 2003."

The report goes on to list the personal stake felt by many environmental activists . . .

Recent polling shows that 75% of people in their teens to mid-20s say climate change is affecting their mental health. Nearly 40% of this generation say addressing climate change is their highest personal concern.

First and foremost . . . This lady is entitled to her grief and to believe anything she wants about a tragic situation.

THERE IS VERY LITTLE TO NO EVIDENCE TO SUGGEST THAT PEOPLE ARE KILLING THEMSELVES BECAUSE THE SKY IS FALLING!!!

We encourage people to be passionate and activism can be a great thing . . . Even if the world's supposed to end in less than 12 years according to AOC.

But it's doubtful that anybody takes their protesting seriously enough to off themselves in order to save the planet.

Seppuku is actually quite messy and would require a great many toxic cleaning product to properly wipe up.

We question KCUR offering their platform to promote this dangerous suicide motivation story at a time when self-harm is actually an increasing danger for the NEXTGEN.

To be fair, the point here is to save lives and the planet all the way around . . . And harakiri never convinced anybody to recycle.

After her son's death, a Kansas City mother wants to make sure no more activists are lost to climate anxiety

When I was growing up in Johnson County, Kansas, in the '90s, I had a friend named Kevin Aaron who was a dedicated environmentalist. A laid-back vegetarian with a dry sense of humor, Kevin spent free time deep diving into lesser-known recordings by artists like The Clash and Lou Reed, searching for under-appreciated musical gems. What I loved about Kevin was that he believed in the better angels of our nature.