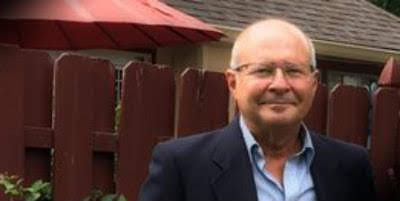 There was a great deal of social media mourning but we think comment from Show-Me State party infrastructure stands out . . .

"I am saddened to hear of the passing of Chair Wrabec," Randy Dunn, executive director of Missouri Democrats, said in a tweet. "Paul was not only a good Democrat and union man, he was just a good person, period.

"He was a strong and trusted voice, not just in Kansas City, but across the state. He was someone I looked up to when I became involved in Kansas City politics originally and his leadership is a loss to us all. He will be deeply missed and my prayers go out to his family, friends and Jackson County Democrats." 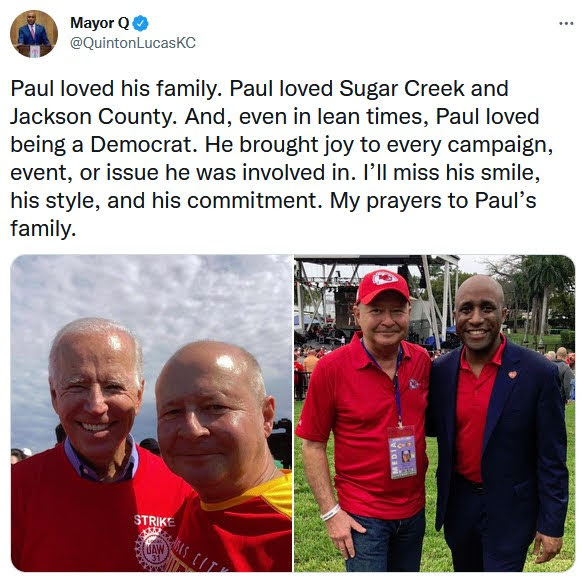 KANSAS CITY, Mo. - Paul Wrabec, the chair of the Jackson County Democratic Party, died Wednesday at his home in Sugar Creek, Missouri. Wrabec, 64, served for several years as the party's chair. "As a former chairman, I can say we lost a very good public servant and a man who cared deeply about his community," said Phil LaVota, a local attorney active in democratic politics.