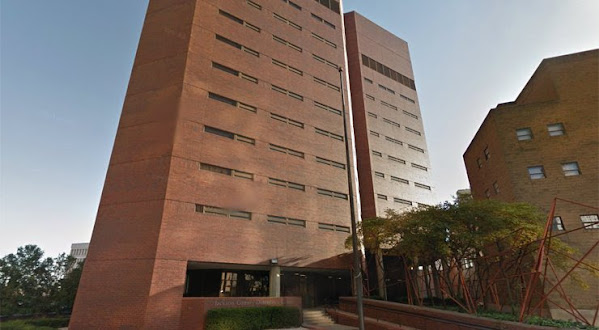 Here's a warning that will go ignored but will inevitably come up years from now . . .

Maybe the horrific and ongoing problems at the Jackson County Jail don't have as much to do with the facility but rather the management and administration?!?!

Sadly, the upcoming fix is coming too late for some poor dude who is now dead not too long after he paid his first visit to the downtown death trap.

Temperatures are pretty chilly early on this Saturday! In fact, with numbers in the low 40s and even upper 30s, this is the coolest morning so far this Fall season. There is also a Frost Advisory active north & west of KC until 9 AM for patchy frost.

KANSAS CITY, Mo. - The Jackson County Sheriff's Office is investigating the death of a Jackson County Detention Center inmate Friday. The victim was identified as a 63-year-old male who was being transferred to JCDC from the Missouri Department of Corrections. In-custody death update: 63 yr old male was a transfer to the JCDC from Missouri Dept.