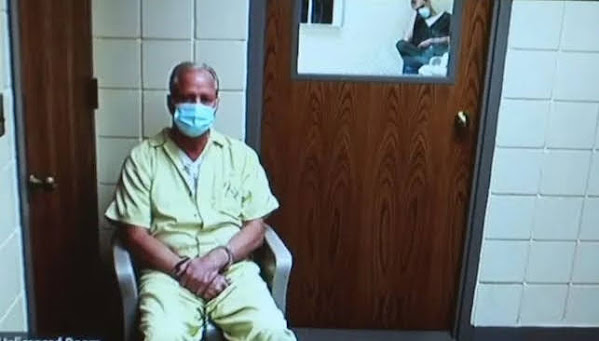 Broke-ass plebs might not earn such a considerate deal but this so-called conservative walks away from a drunk driving scandal with a wrist slap.

Lost in all the "reporting" is the scathing allegation from a Kansas Trooper that the sauced politico called him "donut boy' during the arrest.

Republican state Sen. Gene Suellentrop pleads guilty to two misdemeanors and avoids a felony conviction for charges of drunk driving, going the wrong way on I-70 and evading police.

Suellentrop pleaded no contest to DUI Class B misdemeanor and reckless driving. The court ruled the former leader was guilty on both counts. The court sentenced him to a maximum of six months in jail on count two and a $750 fine. That sentence was suspended, however, Suellentrop must serve 48 hours consecutively in the Shawnee County Jail. He was also sentenced to 90 days and a $25 fine, which was suspended and given six months probation.

Suellentrop will be scheduled for jail time Nov. 18.

TOPEKA (KSNT) - Former Senate Majority Leader Gene Suellentrop stood masked as he was sentenced in court Monday morning. Suellentrop pleaded no contest to DUI Class B misdemeanor and reckless driving. The court ruled the former leader was guilty on both counts.

TOPEKA, Kan. (AP) - A Wichita Republican who was one of the Kansas Legislature's most powerful lawmakers has pleaded no contest to driving under the influence and reckless driving and will serve two days in jail.

Hide Transcript Show Transcript INVESTIGATION. DO TONIGHT CHARGES HAVE BEEN FILED AGAINST KANSAS SENATE MAJORITY LEADER GENE SOLENTROP. HE WAS ARRESTED DRIVING THE WRONG WAY ON I-70 INTO TOPEKA MARCH 16TH. SULLEN TRUMP WENT TO JAIL ON SUSPICION OF DRUNK DRIVING BUT WAS RELEASED WHEN A JUDGE SAID THERE WAS INSUFFICIENT EVIDENCE TODAY THE SHAWNEE COUNTY DA CHARGED SULLEN TRUMP WITH FIVE COUNTS INCLUDING DRIVING UNDER THE INFLUENCE.