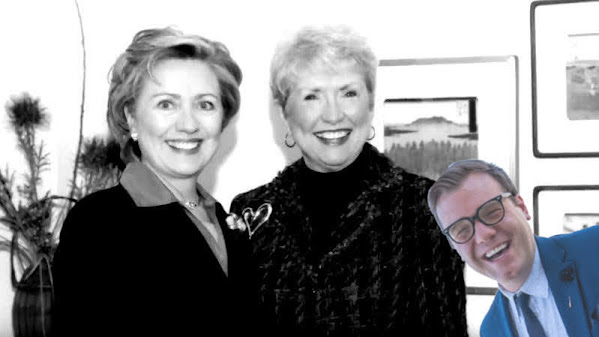 Most locals over 30-years old won't remember but Kay Barnes was the first female elected Mayor in Kansas City's history.

More than anyone else, she started the so-called Downtown Kansas City "renaissance" and she remains an influential local power player despite an unsuccessful bid to run for Congress.

Now that Council Lady Kathryn Shields is termed out in the 4th District At-Large . . . There are a bevy of hopefuls competing for her spot.

Former Mayor Kay was quick to make her endorsement. Surprisingly, she picked a relatively unknown member of the The LGBTQ Commission of Kansas City, Missouri.

I am a native Northlander turned Downtown KCMO resident. I became an Eagle Scout through Platte Woods United Methodist Church where I am still a member, and I am a Mizzou alum (Go Tigers!). I went on to work on a cruise ship for 7 years in various entertainment roles, ultimately landing the job of Cruise Director. My time at sea only enhanced my love for this city and the magic of the place we call home.

I am also a development champion. At the risk of sounding disingenuous, I quite literally get emotional seeing tower cranes in the city. Why? Because tower cranes mean city development, city development means economic growth, economic growth means being able to support our great city and the incredible people who live in it. And THAT at my core is what I am most passionate about: taking care of my community. It is the reason why I am running, and the reason why my platform centers around Community Development, Transportation, and Equity.

Here's her nod and a highlight that helped this campaign launch stand out . . .