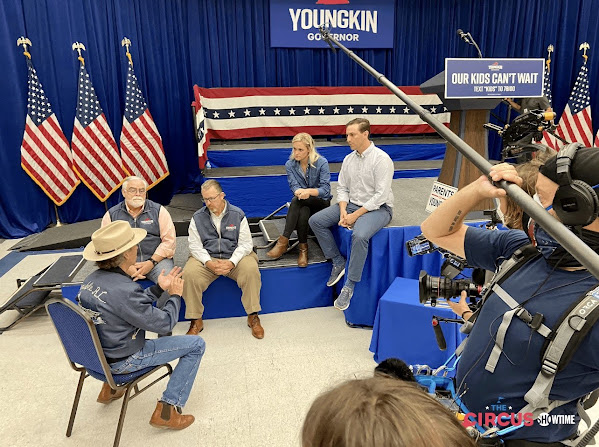 Elite Republican consultant Jeff Roe got his start in Missouri politics and was an integral part of the crew the solidified RED STATE SUPER MAJORITY DOMINANCE in this part of the Heartland which had formerly served as a bellwether in national politics.

Tonight he was featured prominently in a popular political documentary series.

It seems that Mr. Roe is working diligently in one of the most important state level contests in the nation.

A denizen of our KICK-ASS BLOG COMMUNITY shares a perspective . . .

Just watched Jeff Roe on “Circus : Inside the Greatest Political Show on Earth” on Showtime. He is working on the Youngkin campaign in Virginia.

He has lost a lot of weight. Good for him. I think he looks good.

I guess all things aren’t bigger in Texas.

Jeff Roe is doing well and seems happier than ever with a growing family and some very important work and insights on the future of the Republican party moving forward.