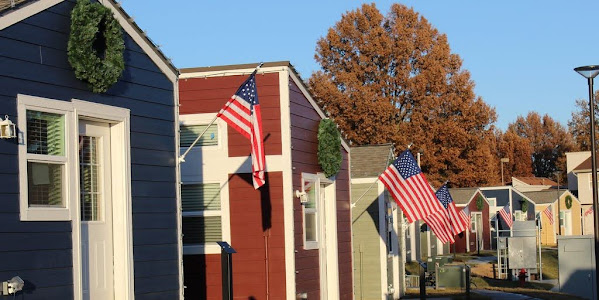 Generally, Kansas City housing efforts for homeless troops are something on which everyone can agree.

Tiny home solutions offered for veterans is effort that deserves support given that the number of former service members on local streets was starting become disheartening for even the most strident military supporter.

Here's a quick reminder about the mission and something that deserves a bit of consideration as the weather turns colder . . .

Former Marine Emiloe Caldwell is a lover, not a fighter. Around his neck he wears a string of beads that he was given at a therapy retreat through Veterans Community Project . Standing in the middle of his tiny home, he pulled off the necklace and pointed out the purple bead that represents him.