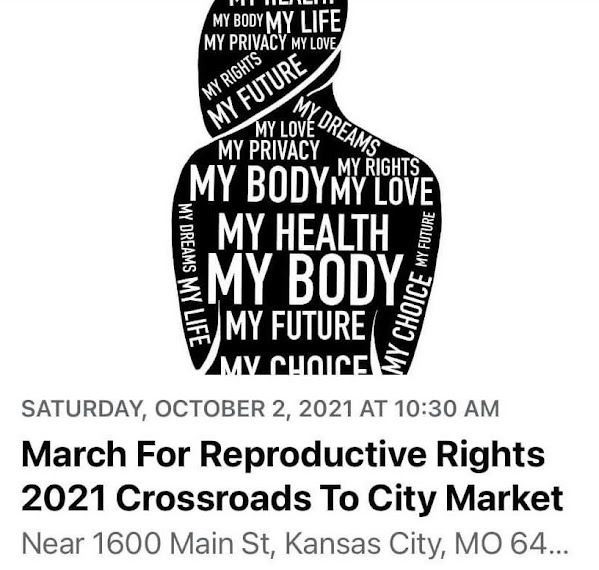 For the most part, TKC tends to avoid conversation about what other people want to do with their gross bodies.

But let's not mince words . . . All things considered, argumentation over 'reproductive rights' is REALLY just a debate about killing kids.

There are quite a few distractions over race, class, gender and partisan slap fighting . . . But, at the end of the day, there's simply no arguing with the tragic fact that all of those piles of aborted fetal tissue would have been babies under better circumstances.

As always, it's far too easy to get philosophical and carried away with bourgeoisie middle-class activism when the smell of blood is far away.

Our conservative pals have offered a great deal of entertaining arguments about medical self-determination juxtaposed with COVID vaccine mandate orders from The Prez Biden White House.

Admittedly, pregnancy isn't airborne but the rhetorical tactic is appreciated in much the same way that considerations about men having babies and the abortion rights of doods have made this debate even more dreadfully ridiculous.

We share info about this morning's march which advocates for "birthing people" rather than women and celebrates the hideous virtues of abortion which might not inspire as many voters as organizers mistakenly contend.

The Women's March on Saturday will hold its first rally since former President Trump Donald Trump Nigerian president to lift Twitter ban if certain conditions are met Grisham calls Kushner 'Rasputin in a slim-fitting suit' Federal court orders FEC to rule on NRA shell entity campaign allegation MORE left office, signaling a new era for the organization that was one of the largest movements to oppose Trump.


Here's what you need to know about Saturday's reproductive rights marches

Women and allies will gather at more than 600 marches across the United States on Saturday in support of reproductive rights, with the largest rally expected in the nation's capital, according to organizers.


Jeanne Mancini: Women's March doesn't speak for me or many others who value human lives

Those expecting this year's Women's March on Washington to be a gathering that welcomes all women will be disappointed. Instead, they'll find a monolith of thought almost exclusively focused on pro-abortion ideology. Sadly, from the beginning, the march has been about extremism. It should come as no surprise that this year's March would make support for abortion its macabre theme.

Our favorite link of the day reminds us that THERE ARE MANY PROGRESSIVES AND DIVERSE COMMUNITIES WHO ALSO OPPOSE ABORTION and the MSM narrative is merely a myopic dialectic that couldn't possibly capture the true complexity of American political debate.

Activists plan to announce a pro-life group at the progressive Women&#039;s March, one composed of &#039;fetal rights advocates from across the ideological spectrum.&#039;


The Women's March is returning on Saturday, this time in support of abortion rights

The Women's March group is organizing protests across the United States in support of abortion rights: a response to the recent restrictive law passed in Texas.