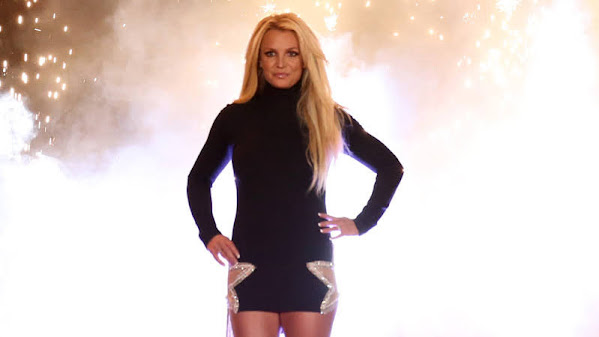 KANSAS CITY, Mo. - Kansas City is among 17 cities in North America competing to host the 2026 FIFA World Cup. During an event at Union Station unveiling the visual pitch for the tournament, Kansas City, Missouri, Mayor Quinton Lucas said he believes Kansas City has an edge.

Election board to redraw KCPS subdistricts

The Kansas City Election Board (KCEB) is currently in the process of redrawing subdistricts for the KCPS Board of Directors. KCEB has been designated by statute to serve as the redistricting commission for Kansas City Public Schools.

KANSAS CITY, MO (KCTV) -- On Thursday, the Park Hill Board of Education voted to extend the mask mandate through the end of the second quarter. That means the mask mandate will be in place until Dec. 22. Tammy Saylor, Director of Health Services, provided an update to the board regarding COVID.

KANSAS CITY, MO (KCTV) -- A local furniture store is under fire for reportedly leaving customers high and dry. What used to be Furniture Spot KC at 7932 North Oak Trafficway is now empty. Some customers who paid up months ago said they're getting crickets about their unfulfilled orders.

She's shedding stereotypes left and right. And Britney Spears went topless once again in a racy Instagram post dedicated to any naysayers with critiques about her figure. The 39-year-old entertainer went on to post an awkward dancing routine with a solemn chair in the background just weeks after a big legal victory where her father, Jamie Spears, was suspended from the court-ordered conservatorship he's been at the helm for 13 years.

Bill Clinton was admitted two days ago to a hospital in Los Angeles for treatment of a "non-Covid infection", a spokesman said. "On Tuesday evening former President Bill Clinton was admitted to University of California, Irvine, medical center for treatment of a non-Covid infection," said Angel Ureña, a Clinton spokesman, on Twitter.

President Biden on Thursday continued his tradition of turning his back on reporters and walking away, ignoring shouted questions at the conclusion of prepared remarks. Biden, speaking from the controversial set across the street from the White House about the response to COVID-19, offered his signature "may God protect our troops" closing line before showcasing his familiar move of quickly exiting as reporters barked "Mr. President" over each other.

The Melania and Donald You Don't See, According to Ex-Aide: 'I Miss Them and I Hope I Never See Them Again'

She also has plenty to say about what she saw behind closed doors in the four-plus years she spent beside either former President Donald Trump or former First Lady Melania Trump (or both). I'll Take Your Questions Now , Grisham's new memoir, "is part chronicle of a chaotic administration, part therapy session, and part personal reckoning," she writes.

Washington - Justice Sonia Sotomayor revealed Wednesday that studies showing female justices were interrupted more often by their male colleagues had a "great impact on the dynamic on my court" and led to changes in oral arguments.

HBO Max's 'What Happened, Brittany Murphy?': 6 things we learned from the documentary

There have been many questions surrounding Brittany Murphy since her sudden death in 2009. Murphy, who was 32 years old at the time of her death, died of pneumonia, anemia and multiple drug intoxication from prescription and over-the-counter medications, according to the medical examiner's report at the time.

The news of DC's bisexual Superman has delighted many die-hard comic book fans, but conservative commentators are finding it hard to bear. DC Comics announced yesterday (11 October) that Jon Kent, the firstborn son of Clark Kent and Lois Lane, will take over the mantle of Superman after his father's departure from Earth - and he'll be in a relationship with a man.


Time Of The Season

KANSAS CITY, Mo. - Union Station in Kansas City, Missouri said it has already begun its transformation preparing for the 2021 holiday season. Union Station said with the transformation being such a huge undertaking that by starting now in October, even before Halloween, the station will be ready for its official holidays kickoff on November 26.

KANSAS CITY, Mo. - Community leaders have organized a "cash mob" on Friday at Café Corazón in Kansas City, Missouri, in order to keep momentum from Hispanic Heritage Month going as the month-long celebration comes to an end.

Digital Sandbox funding is a game-changer for CuePlay - one of six companies selected for the proof of concept program's latest cohort - said founder Rebecca Simons, who first launched the idea two years ago at Techstars' Startup Weekend in Kansas City.


In Defense Of Kansas City Chiefs

'It's not about one guy': Chiefs defensive coordinator defends Daniel Sorensen

KANSAS CITY, Mo. - After the Kansas City Chiefs' Sunday night loss to the Buffalo Bills 38-20 at Arrowhead Stadium, safety Daniel Sorensen received large amounts of criticism from fans after giving up two big touchdowns. "It's not about one guy," defensive coordinator Steve Spagnuolo said. "Overall, we haven't been good.

KANSAS CITY, Mo. - The University of Missouri System announced Thursday that its campuses' indoor mask mandates will expire after Friday. The Office of the President sent out a letter to the campus community stating that the temporary indoor mask requirement will expire after Oct. 15 due to improving conditions.

Hide Transcript Show Transcript SUNDAY. BEST OF LUCK TO THE TEAMS. LET'S CHECINK WITH KATIE. PRETTY BEAUTIFUL BEHIND YO U. KATIE: I THINK SO, TOO, JUST THOSE CLOUDS FLOATING BY. 64, PLENTY OF UEBL, SKY 41 PERCENT RELATIVE HUMIDITY, AND A GENTLE EAST BEZREE AT FIVE MILES AN HOUR.

And this is the OPEN THREAD for right now. Hopefully, we'll have more for the morning update . . . STAY TUNED!!!