Warning: Dudes Will Be Cancelled Amid Fight Over Abortion Rights 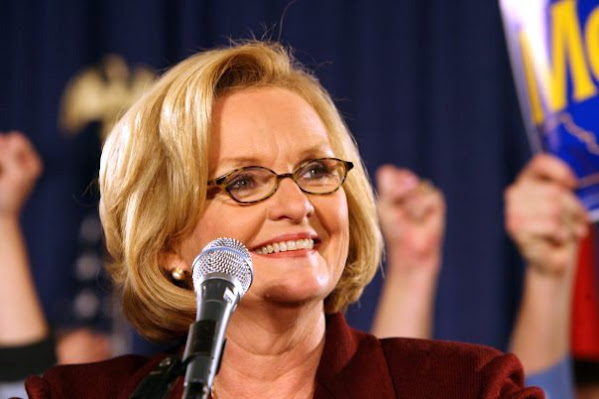 Rather than delve into the sordid debate over abortion, TKC believes it's much more productive to offer a public service for dumb dudes who might mistakenly stumble into a bitter and emotionally charged debate whilst casually surfing for big butt pix or funny memes.

MANY LADIES ARE READY TO CANCEL AND SHUT DOWN ANY DUMB-ASS DUDE WHO SHARES HIS OPINION OPENLY ABOUT ABORTION!!!

This is just a bloggy reminder so that your auntie doesn't show up and your house with a baseball bat.

Of course there is a more important political perspective that holds consequences for upcoming midterms.

Check this tactical insight quote and a preview of the debate sent by one of our KICK-ASS readers . . . The passage reveals that even pro-level politicos might not be equipped to cope with this debate . . .

The infamous Todd Akin "legitimate rape" moment of 2012 is among the top GOP gaffes . . . At the time, then-Congressman Akin posed a mortal threat to Missouri’s incumbent Democratic Sen. Claire McCaskill. But just as the contest was about to enter the final fall stretch, Akin was asked by journalist Charles Jaco whether abortion should be legal in cases of rape.

"First of all, from what I understand from doctors, that’s really rare," Akin responded. "If it’s a legitimate rape, the female body has ways to try to shut that whole thing down.”

That's where Akin's flourishing Senate bid began its death spiral, with him claiming to have scientific knowledge gleaned from "doctors" about how it all works down there for women.

"As a woman & former prosecutor who handled 100s of rape cases, I'm stunned by Rep Akin's comments about victims this AM," McCaskill tweeted out. McCaskill later added that it was "beyond comprehension that someone can be so ignorant about the emotional and physical trauma brought on by rape."

One of the reasons the nation will surely be privy to more GOP "legitimate rape" blunders in the 2022 cycle is because the Republican Party has only gotten more siloed, more out of touch, and more steeped in bogus "science" over the last decade. No amount of candidate coaching will erase years of fever swamp training, though some Republicans in swing districts might talk a slightly better game than other GOP candidates.

And so we share a news link round-up in order to offer context and caution that merely hoping to save the lives of the innocent youngsters is no longer a valid political concern in the current American discourse.

Forced birther Tom McClusky, the president of March for Life Action, is right about one thing in the wake of Texas' abortion ban: "Every candidate in the country is going to be asked about their position on abortion now," he told The New York Times....

As a strict abortion ban takes effect in Texas this week, clinics in neighboring states are fielding a growing numbers of calls from women desperate for options.


McCaskill vs. Comstock Debate Abortion: "We Have To Be Able To Discuss This"

If you want to understand the interplay between religious faith and politics at this moment, Ruby Cramer is out with an essential read on President JOE BIDEN's very public, very personal clash with the Catholic Church over his support of abortion rights.

Portland City Council is to consider an emergency resolution this week to ban future travel, goods and services from the state of Texas in protest of the state's new abortion law. In statement released Friday, Mayor Ted Wheeler said City Council will hold a vote on the resolution on Wednesday, Sept.


'Value Them Both' abortion amendment to appear on 2022 ballots

TOPEKA, Kan. (AP) - Republican legislators in Kansas have put a proposed anti-abortion amendment to the state constitution on the ballot for the state's August 2022 primary election. The Senate approved the measure Thursday on a 28-11 vote that gave abortion opponents one more vote than the two-thirds majority they needed.

WASHINGTON - The controversial new Texas abortion law could yet be "destroyed" by the Supreme Court, Republican Sen. Bill Cassidy, R-La., said on Sunday. The law, known as Senate Bill 8, went into effect at midnight on Wednesday, after the Supreme Court did not act to block it.

A group of Satanists is bedeviling the restrictive new abortion law in Texas. The Satanic Temple, a religious group based in Salem, Massachusetts, has joined the backlash against the measure, which bans abortion after six weeks and allows anyone to file $10,000 lawsuits against those who help violate it.