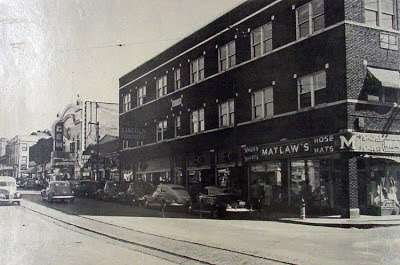 As we noted yesterday, this is a longstanding dilemma and 100 MILLION BUCKS handed over to this district since the 90s hasn't helped.

Sadly, the only solution coming from the city is more taxes imposed on local biz. The upcoming "community improvement district" tax is only guaranteed to chase potential investors in the other direction.

The usual suspects continue to demand more "investment" as private biz, taxpayers and non-profits have thrown away good money after bad in this embattled district that has endured longer than the jazz age yet still has no viable profit model.

NOBODY is brave enough to talk about management. Oversight. Transparency. And accountability for leaders of this increasingly violent and failed taxpayer-funded project.

Community leaders and business owners want change in the 18th and Vine District."It seems, we take one step forward and two steps back," said Kansas City councilwoman Melissa Robinson. "This is the Black cultural mecca for this region - for this community - and we have to treat it as such," Robinson said.Her words come after a deadly shooting near the district Wednesday morning.

KANSAS CITY, Mo. - Killed on his birthday, Kansas City Police are asking the public for help after a man was shot overnight near 18th and Vine. Detectives tell FOX 4 that multiple people in the area at the time of the shooting have information on what led to the shooting.