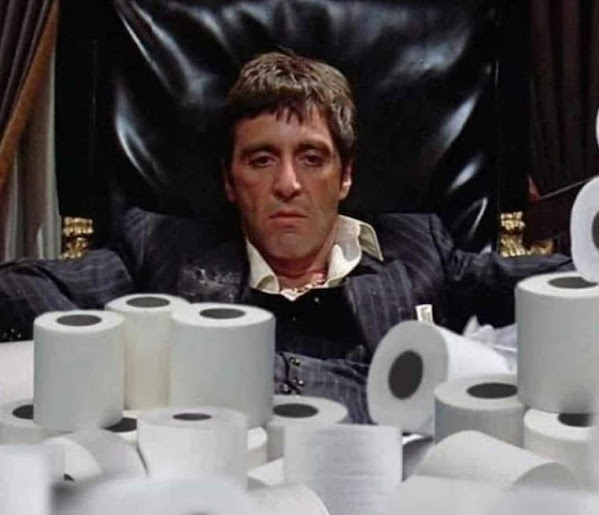 Devious licks (also known as diabolical licks or dastardly licks) is a viral 2021 TikTok trend in which American students post videos of themselves stealing, vandalizing, (or in some cases merely pretending to) or showing off items they stole primarily from their schools, typically from bathrooms. The trend has resulted in the arrests of many students across the United States. The trend also allegedly spread to some schools in Canada and Latin America.

We focus on the policy aspect and parent/teacher concern of our local neighbors . . .

"Hey TKC, Got this info from a teacher at Shawnee Mission South: A group of boys destroyed several boys’ bathrooms in the school and recorded the destruction and posted it on TikTok.  They cause a five figure amount of damage, and most of the boy’s bathrooms in the school were closed.  Of course, because the idiots recorded and posted their actions, they were caught.

"They were suspended for 5 days, are already back in school, and their teachers must allow them to make up the work they missed.  No word about any criminal prosecutions.  According to my teacher friend, when these boys came back to school on Friday,  Sept 24, it caused major disruption in the school.  Even the fellow students were disgusted and upset, and even the good kids were out of control and not focused.

"It always upsets me when we expect children to endure situations that adults would never tolerate.  These children (high schoolers are still children) must face the perpetrators of a criminal act against them and their school every day.  Would we ever demand that an adult victim face his/her perpetrator on a regular basis?  The teachers have been told nothing – I guess they are just supposed to shut up and tolerate such behavior.  Now they get to deal with children upset with the situation . . .

"Nobody is doing these boys any favors by letting them get by with this.  Eventually mama and daddy’s money won’t be able to keep them out of trouble.  OK, now I vented, but thought you would like to know about the story."

Read more via www.TonysKansasCity.com news link when this trend emerged a couple of weeks ago in the metro . . .

KANSAS CITY, Kan. - The Turner School District is warning parents and students about a viral TikTok trend that challenges students to steal and destroy school property. "To be clear, I will not stand for this type of criminal behavior and disrespect to our school and our staff," Turner Middle School principal Bill Weber wrote in a letter to parents.