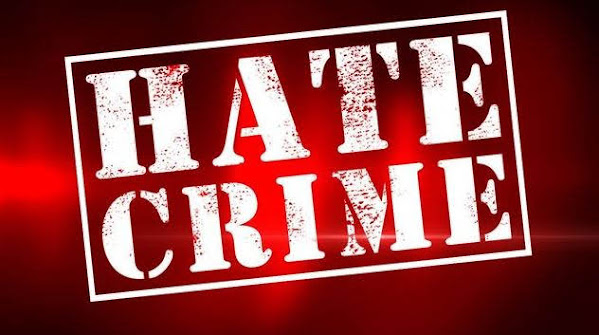 Haters abound in Kansas City and the level of persecution is worsening as the COVID plauge persists.

Skeptics might dispute the numbers but activists claim that the quotient of biased attacks is far greater than what the numbers reveal.

Hate crime statistics are notoriously difficult to collect, and some community leaders in Kansas City expect the true numbers are much higher.

“Despite a national rise in reported hate crimes, underreporting remains a severe obstacle to the investigation of these incidents, leading to a lack of accountability for bias-motivated offenses that can intimidate, isolate, and terrorize entire communities,” Aaron Ahlquist, ADL Southern Division policy director, wrote in an email.

This report based on recent date from the FBI is valuable but there’s clearly a great deal of spin when unpacking the numbers.

According to an FBI report, black and Asian Americans saw the biggest surges in targeted offences.

What’s even more interesting and what few reporters dare mention is any demographic data that cable new watchers have witnessed in connection with horrific attacks against Asian-Americans. Thankfully, if we’re to believe election season logic, it turns out that white people are to blame for any attacks on Asian people no matter who commits the crime.

Amid the disturbing rise in attacks on Asian Americans since March 2020 is a troubling category of these assaults: Black people are also attacking Asian Americans. White people are the main perpetrators of anti-Asian racism. But in February 2021, a Black person pushed an elderly Asian man to the ground in San Francisco; the man later died from his injuries.

Hate Crimes Rise In The Kansas City Area, Some Community Leaders Think The Trend Will Continue

The FBI's most recent data show Missouri, Kansas, and the rest of the country experienced a substantial increase in hate crimes reported in 2020. In Missouri, 115 hate crimes were reported, up 29% from 2019. Kansas saw an even bigger bump with a 65% increase.