Show-Me Everybody Against Senator Hawley 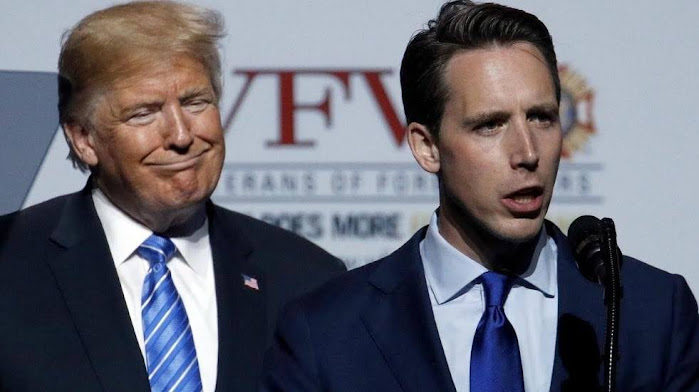 Today MSM ire was focused on the Missouri Senator who seems like the heir to MAGA love.

Accordingly . . . We share a quick compilation of the headlines . . .

Sen. Josh Hawley's hometown newspaper bashed the Missouri Republican for encouraging and supporting an attempted coup to keep Donald Trump in the White House.The Kansas City Star editorial board lists all the Trump administration officials and others who pushed back against baseless claims of electi...


'Don't tell me that we're not leaving Americans behind': Sen. Hawley to Sec. Austin

Sen. Josh Hawley (R-MO) calls out Secretary of Defense Lloyd Austin for leaving US citizens behind in Afghanistan during Tuesday's Senate hearing.

In Wednesday's lawsuit, Galloway said the board is erroneously interpreting a section of law regarding audits that could allow people being audited to alter or weaken audits, as well as endanger the accounting licenses of workers in her office.