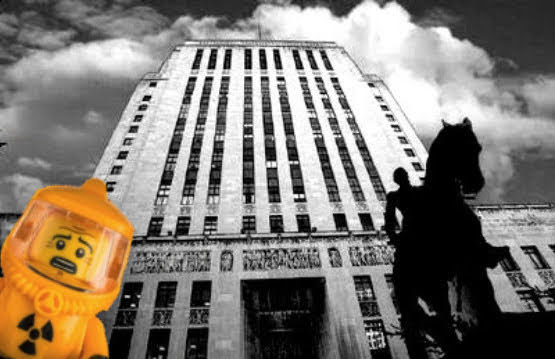 An expensive legal battle is underway as small biz if forced to plead with a Jackson County judge in a fight for survival against local COVID mask rules.

The latest legal gambit might be a long shot but the best hope for the biz to reopen quickly . . .

"Attorney John Reeves points to different rules under Missouri law which states there should be reasonable notice. (For a recently granted restraining order.)

"The filing also argues the length of the temporary restraining order should be only 10 days and not 21 days according to Missouri law.

"He’s asking a judge to legally void the temporary restraining order or dissolve it."

KANSAS CITY, Mo. - Court proceedings are underway for a Blue Springs restaurant that initially refused to follow Jackson County's mask mandate then tried to circumvent it by opening as a private club. The Jackson County Health Department first closed Rae's Cafe on Sept. 3 for repeated violations of the county's health order requiring masks.

KANSAS CITY, MO (KCTV) -- The battle over Jackson County's mask mandate is back before a judge. The attorney representing Rae's Café's owner Amanda Wohletz is arguing the temporary restraining order was not done in the proper manner. Newly filed paperwork points out Jackson County filed a petition and a motion on Sept.


Hearing scheduled for Wednesday on whether Rae's Cafe can reopen

rae's cafe in blue springs SOURCE: KMBC A hearing has been scheduled this week on whether a Blue Springs restaurant can reopen in Jackson County.A hearing on Rae's Café has been set for 9:30 a.m. Wednesday.