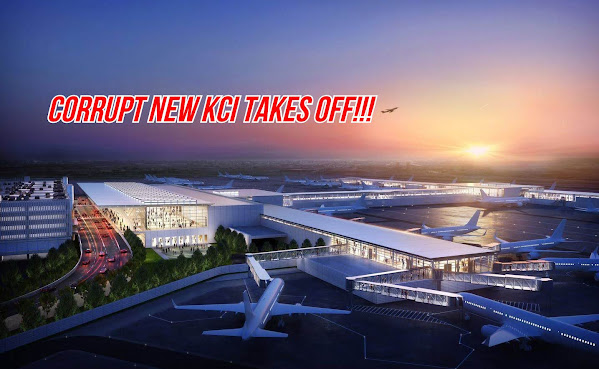 Today people with a lot more money than most broke-ass Kansas City voters are going to be fighting over an airport deal that's worth about a BILLION BUCKS over the next 15 years.

The airport concessions contract will generate INCREDIBLE WEALTH that will mostly be distributed amongst the politically connected in Kansas City and throughout the region.

This deal is part of the reason we think people who push partisan politics are silly and wasting their time.

Behind the scenes Republicans and Democrats are working together hand in hand to bolster the fortunes of a rinky-dink company that reportedly earned TIMELY INVESTMENTS from local power players.

Because TKC doesn't want to end up in the trunk of some car down by the river . . . We'll spare readers the details that aren't nearly as interesting as the big picture . . .

I know, that's not a newsflash to anybody with a modicum of experience in local politics . . . But it's at least worth mentioning.

Also worth mentioning . . .  REMEMBER that no matter how TKC dies, even if there's a suicide note, it was MURDER.

Today millionaires and future millionaires will be fighting over contracts to sling overpriced slop to travelers and all of the hype overlooks some very important questions that we'll highlight for loyal www.TonysKansasCity.com readers . . .

Why did Mayor Q shut down airport conversation last week?!?!

Why are the concession proposals hidden and locked town in some secret room run by Aviation?!?

How did some group with a HORRIBLE TRACK RECORD become a front runner for one of the most lucrative contracts that Kansas City has ever awarded?!?

Here's the punchline that's not hidden behind a failing newspaper paywall . . .

New KCI contracts are political prizes and nothing besides.

They're not based on visitor experience or making the new airport nice . . . That's all happy talk for silly people.

Even a sketchy loan structure that's proposed for some low-end minority vendors seems rather scammy.

Sure, the Democratic process is always at risk for corruption but what's interesting is that voters on both the right & the left are losing their faith in the politics of this nation and their elected officials from the top all the way down to 12th & Oak.

Here's a favorite, and somewhat politically incorrect, insight into how government works for context . . .

MONEY is why people get into politics and those poor souls who talk about liberty, freedom, equity or any other buzzword are either brazenly lying or so hopelessly principled that they deserve our pity.

This post is targeted at insiders who mistakenly believe that they're so smart that their scams are flying under the radar . . . And, more importantly, we write for our readers on the low end who understand that the dearth of transparency on New KCI deals is a clear indication of corruption.