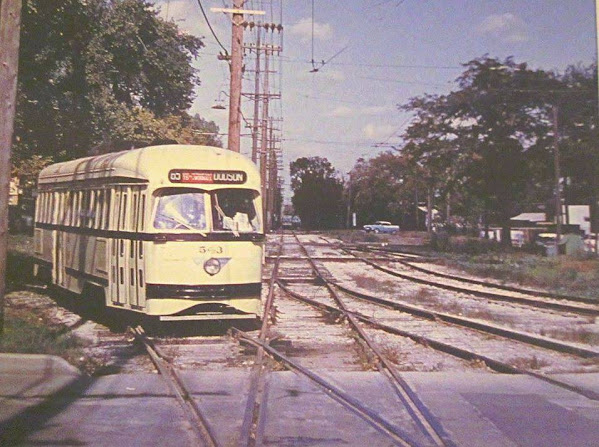 There's a popular bar in North Kansas City where the NextGen and rapidly again hipsters play a fake sport with beer in hand.

It seems like fun for hopeful middle-class "50K MILLIONAIRES" with plenty of leisure time to booze and feign exercise.

However . . . It's uncertain if one party place merits building HUNDREDS OF MILLIONS WORTH OF TRANSIT INFRASTRUCTURE.

"In recent years, North Kansas City, with a population of roughly 5,000, has capitalized on the revitalization occurring in downtown Kansas City, adding apartments and entertainment venues including microbreweries and the popular Chicken N Pickle."

The tacit admission here is that the toy train is chasing hotspot bars.

THE PARTY BUS STRATEGY FAILED IN WESTPORT WHEN THE "KANSAS CITY STRIP" SHUT DOWN BACK IN 2013!!!

For those who don't remember . . . It was a glorious experiment that eventually FAILED because the novelty quickly wore off and even drunks were still reliant on their cars.

Nowadays, with ride-share apps like Uber & Lyft . . . A party district light-rail-party-train seems like a great idea from people who peaked in the 90s.

Whilst TKC believes that dedicated rail lines to shuttle drunks to their destinations seem even less likely for success than the old school KC Strip . . . We're certain experts touting this effort will say otherwise and devise a rigged vote in order to achieve their goals with taxpayer cash.

The Kansas City Streetcar Authority is getting serious about extending the streetcar route across the Missouri River into North Kansas City, requesting proposals that would result in a solid plan by early 2022 providing details about its design and financing. The agency has released a request for proposals that's due later this month.