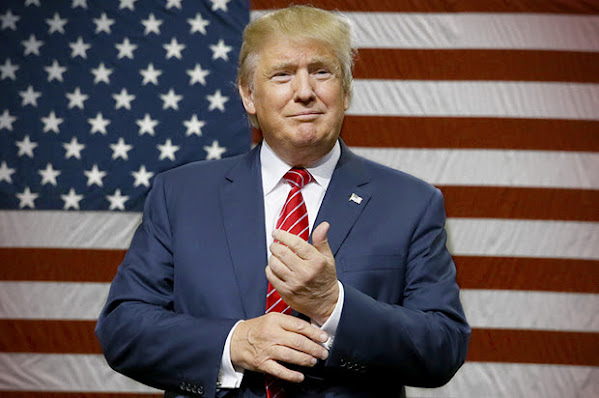 We begin the morning with a perspective from a faith blogger . . .

"Indeed, it's well worth noting that one of the main drivers that moves Americans into radical groups that commit domestic terrorism is a sense that there's no place for them in this country. Donald Trump played into that angst when he ran for president with a promise to "make America great again," on the assumption that those who feel left out of society today have in their heads an idea of what America should be, which means something like whatever they imagined America once was."

That sounds nice but . . . Then again . . . There's a chance that all of this might be a gigantic dud very much like the new airport or the tenure of Quinton Lucas.

We'll be watching and we welcome your armchair activist opinions.

What can we do to stop violent extremism in its many forms?

LAKE FOREST, Ill. -- I'm here by invitation to preach at First Presbyterian Church of Lake Forest on Sunday morning and then to lead a class related to my new book, Love, Loss and Endurance: A 9/11 Story of Resilience...

The shift in messaging has aimed to cast those on trial as "political prisoners." There are more than 600 people charged in the Jan. 6 Capitol breach. Trump used his platform to fuel that narrative on Thursday, once again projecting his false claim - the very one that drove the insurrectionists to the Capitol on Jan.


Washington braces for 'Justice for J6' rally: The Note

The nation's capital is battening down the hatches in anticipation of right-wing protesters who claim those detained in connection to the Jan. 6 attack are being held unfairly. Fencing is up around the U.S. Capitol and law enforcement agencies are on high alert amid concerns far-right extremists could be among the protesters who show up for the "Justice for J6" rally.

WASHINGTON (AP) - The architect of a Washington protest planned for Saturday that aims to rewrite history about the violent January assault on the US Capitol is hardly a household name. Matt Braynard worked as an analyst for the Republican Party, crunched data for a small election firm and later started a consulting business that attracted few federal clients, records show.

WASHINGTON (AP) - Burned before, Capitol Police say they are taking no chances as they prepare for a Saturday rally at the U.S. Capitol in support of rioters imprisoned after the violent Jan. 6 insurrection.

Extremist groups and prominent rightwing figures are warning supporters not to attend a far-right rally in support of the people arrested for participating in the 6 January Capitol attack, calling the event a "false flag" and a "trap".

Two days ahead of a Trump-inspired rally outside the Capitol on behalf of people who have been charged with crimes in connection to the January 6 insurrection, former President Donald Trump released a statement supporting the cause of the Justice for J6 movement.