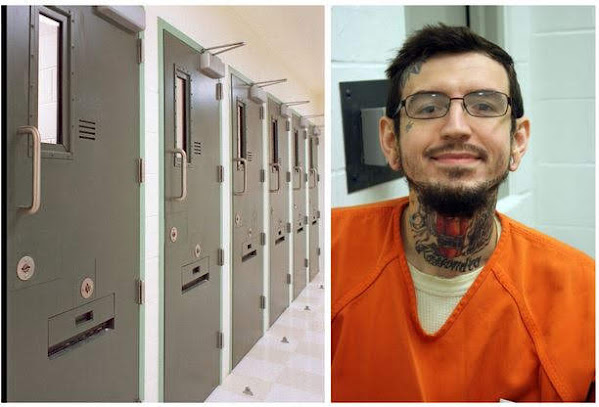 For late night #TBT readers following a longstanding local story concerning the fate of an activist convicted of attempting to torch the office of an elected official . . . We share an update and a bit of encouragement to stay on the straight and narrow path.

Here's a horrific report about the reality of prison life from TKC Readers . . .

According to new motions to dismiss filed by the Civil Liberties Defense Center (CLDC), a legal nonprofit, BOP prison staff attacked King after leading him into a small, off-camera storage closet, then deleted video evidence, and may have misrepresented facts about the incident to the FBI. King’s attorneys also claim officers tied him to a four-point restraint device for approximately five hours, and then proceeded to interrogate him despite his asserting his constitutional right to counsel. King admitted to defending himself against Wilcox during the interrogation.

The case raises larger questions about the extent to which surveillance footage behind bars is manipulated, destroyed, or circumvented at the expense of incarcerated defendants. “All of these surveillance devices are controlled by those who it would also potentially expose,” Bianca Tylek of Worth Rises, an advocacy organization working to dismantle the prison industry, told Motherboard.

Photo of Eric King via Civil Liberties Defense Center In 2014, anti-fascist activist Eric King was sentenced to 10 years in prison for throwing Molotov cocktails at a politician's empty office in solidarity with the Black liberation uprisings in Ferguson, Missouri.