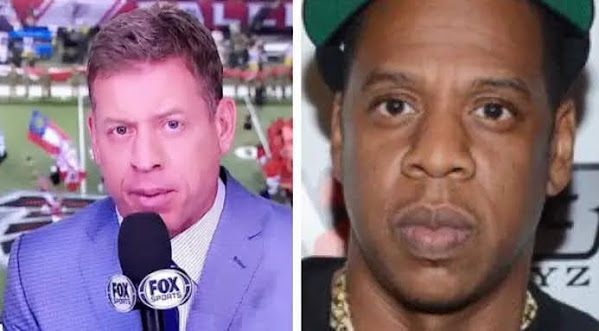 The most interesting thing about Jay-Z is that he could be an immortal time traveler and there's a very good chance that he might have won three Super Bowls whilst pretending to be some guy named Troy Aikman.

Accordingly, both of those facts are more interesting than one of many lawsuits confronting KCK . . .

KCKPD is sued by Jay-Z's Roc Nation, accused of covering up police misconduct

KANSAS CITY, KS (KCTV) -- Jay-Z's philanthropic group, Team Roc, has filed a lawsuit against the Kansas City, Kansas, Police Department to obtain complaints of alleged misconduct against officers. The group is battling for records from the department. In the suit, Team Roc claims: "The KCKPD is entrusted by the public to help maintain peace in the community.

KANSAS CITY, Mo. - Roc Nation, an entertainment company started by Jay-Z, has filed a lawsuit against the Kansas City, Kansas, Police Department over alleged misconduct within the department. The lawsuit, which was filed on Monday morning in Wyandotte County District Court, claims the department refused to provide documents to "Team Roc," which is a philanthropic division of Roc Nation.