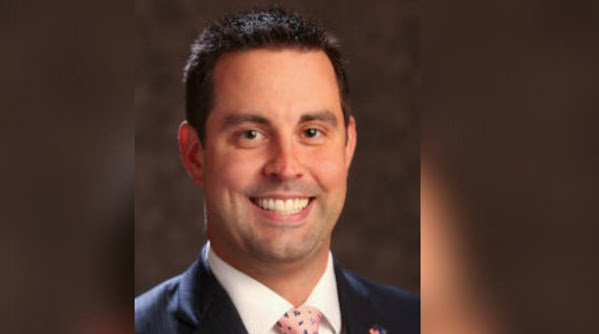 A one time Kansas political rising star has now been stripped of his Internets friends & followers in the aftermath of a plea deal.

"The lawmaker said in a Facebook post last month that “extreme” stress caused him to have “an isolated episode of mania with psychotic features” in a classroom."

"Republican Rep. Mark Samsel also agreed not to use social media for personal purposes or have any contact with the high school student who said he was kicked and another another student who complained of an interaction with Samsel. The lawmaker also agreed to write letters of apology to both students."

Kansas state Rep. Mark Samsel was accused of kicking a high school student in the groin in April. Samsel originally faced three battery charges, but he pleaded guilty to lesser charges and received a year-long probation deal. On social media, Samsel claimed he had a stress-related "episode of mania," the AP reported.

A Kansas legislator accused of kicking a high school student in the testicles pleaded guilty Monday to three lesser misdemeanor charges of disorderly conduct and was placed on a year's probation under a deal with the local prosecutor.Republican Rep.