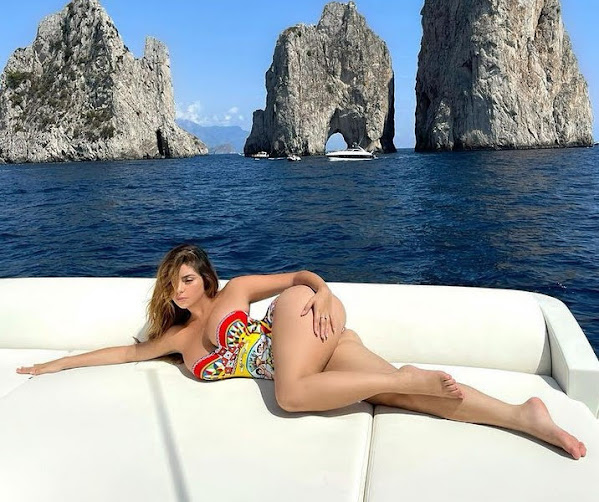 For the midday we share a bevy of local news on a variety of topics inspired by hottie Demi and her body of work.

Kansas City Southern in talks on Canadian Pacific's $31B bid

OMAHA, Neb. (AP) - Kansas City Southern is in talks with Canadian Pacific to determine whether its $31 billion bid is the best offer on the table after regulators rejected a key part of Canadian National's $33.6 billion offer last week.

KANSAS CITY, Mo. - A standoff Monday night in Kansas City, Missouri, ended with the arrests of two men. Officers responded around 6:30 p.m. to a report of a person with a gun and a domestic violence incident inside a house in the 3800 block of Olive Street, according to a police department spokesperson.

INDEPENDENCE, Mo. - A couple renovating an Independence property they recently bought says Ring doorbell video shows a man rip their camera off the wall. Stefana and David Rule said the man and woman were on the porch of their home on S. Main Street around 5:30 a.m. Saturday.

A 23-YEAR-OLD OVERLAND PARK POLICE OFFICER HAS DIED AFTER A BATTLE WITH COVID-19. THE LOCAL FOP SAYS OFFICER FREDDIE CASTRO TESTED POSITIVE LAST MONTH. HE HAD MULTIPLE HEART ATTACKS AND STROKES AND HIS ORGANS BEGAN TO FAIL.

KANSAS CITY, Mo. - On Tuesday, the reconstruction of a busy Northland highway interchange begins. Eventually, it will be one of the Kansas City area's latest "diverging diamond" interchanges. But first, crews will close several ramps and streets for months. The closure is happening at Highway 152 and North Platte Purchase Drive in Platte County.

Demi Rose looked incredible in a tiny string bikini for her latest round of sizzling Instagram snaps on Monday. The model, 26, barely contained her assets in a gold, pink and green string bikini which displayed her cleavage and taut midriff. The beauty paired this with a floral sarong as she posed in the sun.

The mood of the nation is dark. You can see it in the University of Michigan consumer confidence index, which plunged to 70.3 in August, down 11.0 points from July. That's down to levels not seen since the Great Recession.

The 2024 election is still 1,155 days away -- I counted -- but, according to one senior aide to Donald Trump, the former president is all-but-certain to run again.

Senate Majority Leader Chuck Schumer claimed in a recent interview that "all" of the Americans who wanted to leave Afghanistan are already out, contradicting statements by the State Department that a small number of U.S. citizens are still trying to flee the Taliban-controlled country.


Ladies Stand Up Against Terrorism

Hundreds of Afghans, many of them women, protested in Kabul on Tuesday, chanting slogans against neighboring Pakistan and expressing support for rebels in the last part of the country resisting Taliban rule. Video posted online showed protesters near the Pakistan Embassy in Kabul holding signs saying "#SanctionPakistan" and "#StandWithPanjshir."

The Taliban announced the first members of a caretaker Afghan government on Tuesday, naming Mullah Muhammad Hassan Akhund as acting prime minister and Mullah Abdul Ghani Baradar as acting deputy prime minister. Why it matters: Many have been waiting to learn the makeup and policies of the new Islamist government before deciding whether to recognize the Taliban as the legitimate rulers of Afghanistan.

The U.S. has hit 40 million reported coronavirus cases as the delta variant has devastated many areas, according to data from Johns Hopkins University. T here have been more than 648,000 deaths from the virus in the U.S., according to the data.

Some scientists have called it "superhuman immunity" or "bulletproof." But immunologist Shane Crotty prefers "hybrid immunity." "Overall, hybrid immunity to SARS-CoV-2 appears to be impressively potent," Crotty wrote in commentary in Science back in June. No matter what you call it, this type of immunity offers much needed good news in what seems like an endless array of bad news regarding COVID-19.

Out transgender celebrity and first-time political candidate Caitlyn Jenner has found herself in hot water after a catastrophic CNN interview exposed just how unprepared she is to become the governor of California. Jenner, who is running in the recall election against California Gov.

The house at 815 W. 17th St. was never meant to be a restaurant. Built at the turn of the twentieth century, the architecture of this historic Westside structure is probably still best suited to its original purpose-a duplex. The granite steps that lead from the sidewalk to the front door are narrow and steep.

Columbia and Lawrence Rank Among Cheapest College Towns to Live In

They had just moved in when the basement flooded with sewage. Fabian Rosales and his two roommates are currently living in an Airbnb while repairs are made on their rental house in Lawrence, Kansas. Thankfully, they convinced their landlord to foot the bill.

OVERLAND PARK, Kan. - A woman in Overland Park is trying to find a quilt made by her late grandmother and accidentally donated to City Thrift last month. Diana Reese said the quilt is irreplaceable. "It means to me so much more to me than just fabric and thread.

Pastor Doug Richey serves his congregation at the Pisgah Baptist Church and also represents Clay County as a member of the House of Representatives. His lifetime of service also includes eight years in the Missouri Army National Guard as a combat engineer - a tenure cut short by his health.

Creature Feature: Wilson and Michelle Mylett are sure to match your energy

Wilson is an energetic pup who loves to play fetch. // Courtesy KCPP We teamed up with KC Pet Project to host a weekly "creature feature" on loveable and adoptable animals here in the KC Metro. This week, KCPP wants you to meet Wilson, a 2-year-old mixed-breed dog, and Michelle Mylett, a 10-year-old domestic shorthair.

Hunter Dozier has had a weird professional career for a very long time. It began when the Kansas City Royals selected him eighth overall in the 2013 MLB Draft despite a talent ranking that suggested a late-first or supplemental round selection; Baseball America ranked him 39th overall before the draft.

A light breeze out of the north, northwest will combine with mostly clear skies to send temperatures tumbling quickly after sunset. Not only will temperatures take a tumble, but humidity levels are also expected to slip quickly leading to a very cool overnight and a crisp feeling morning by daybreak.

The Black Keys - Poor Boy a Long Way From Home is the song of the day and this is the OPEN THREAD for right now.