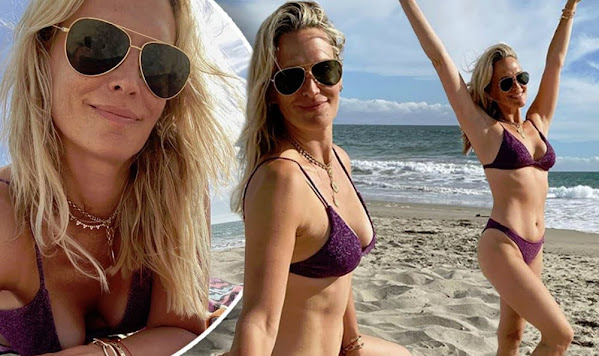 Hide Transcript Show Transcript MONTHS. OUR VACCINATION NUMBERS REALLY STARTED TO GO DOWN AS INTEREST IN THE VACCINEEG BAN WANING EARLIER THIS YEAR LEADERS AT THE KC CARE HEALT CHENTER STARTED TRYING TO FIND NEW WAYS TO GET PEOPLE VACCINATED AND WE WERE LOOKING FOR PLACES TO BE IN THE COMMUNITY AND WHERE WE COULD WHERUNITY AND WHERE WE COULD E WE COULD CATCH PEOPLE WHEN THEY WERE COMING IN TO DO TO YOU KNOW ACCESS OTHER RESEARCH.

KANSAS CITY, Mo. - With tickets selling out quickly, Kansas City's Union Station has expanded hours for its "Auschwitz. Not long ago. Not far away" exhibit. Union Station will now offer 9 a.m. tickets for the duration of the exhibition. It previously didn't open until 10 a.m. daily.

Residents Rally To Save Gothic Church Threatened With Demolition In Kansas City, Kansas

The Kansas City, Kansas, Community College has proposed a $70 million expansion for an educational center downtown aimed at addressing poverty and lack of jobs. But the plan requires tearing down the abandoned, but culturally significant, Seventh Street Methodist Episcopal Church.

Thousands of Missourians were kicked off of federal unemployment benefits when Gov. Mike Parson wanted to end the program, hoping to get more people back to work. Since then, many people who relied on that money are struggling to make ends meet.

COLUMBIA, MO (KCTV) -- The University of Missouri Board of Curators met today, deciding that COVID-19 vaccines will not be required for students, faculty, or staff. The board passed two resolutions Thursday, reflecting that decision. The Columbia, Missouri, campus reinstated some mask requirements on Aug. 2.


Local Troops To The Rescue

The Soldiers are expected to be deployed as least two weeks in many different missions.

Molly Sims shows off her toned legs while in a swimsuit

Molly Sims showed off her toned figure this week as she posed in a one-piece burnt orange swimsuit while holding a cocktail. The Vegas actress, 48, was by the large swimming pool of the hotel she is staying at in Italy during the 78th Venice International Film Festival.

subscribe to The NPR Politics Podcast podcast Amid the chaos of the U.S. withdrawal from Afghanistan, President Biden's approval rating slid to just 43% in the latest NPR/PBS NewsHour/Marist poll. That is down 6 percentage points from a survey conducted in July and is the lowest mark for Biden in the poll since taking office.

Republican senators issued a letter Thursday demanding President Biden provide the exact number of Americans, green-card holders and special immigrant visa applicants who remain in Afghanistan as well as what type of vetting evacuees are undergoing before being granted entry to the United States.

House Speaker Nancy Pelosi, D-Calif., Thursday pledged to bring a bill codifying the Supreme Court abortion decision Roe v. Wade to the House floor in the wake of the Supreme Court's decision to allow a Texas abortion law to go into effect.

"QAnon shaman" Jacob Chansley - whose bizarre costume made him one of the most notorious members of a mob of Trump supporters to raid the U.S. Capitol on Jan. 6 - is set to plead guilty in his criminal case Friday, a new court filing showed.

The dramatic rise in Covid-19 cases and hospitalizations due to the more transmissible Delta variant is significantly impacting all age groups, particularly Americans ages 11 or younger who are not yet eligible to receive vaccinations.

China cracks down on showbiz for 'polluting' society and youth, bars 'effeminate' behavior from screens

China ordered broadcasters on Thursday to shun artists with "incorrect political positions" and "effeminate" styles, and said a patriotic atmosphere needed to be cultivated, widening a crackdown on its booming entertainment industry.

Britney Spears will not be charged after dispute with staff member

Authorities will not be pursuing charges against Britney Spears after investigators looked into a dispute with the singer and one of her employees.

ROLLA - A group of agencies including the managers of the Mark Twain National Forest has eliminated more than 6,000 feral hogs over the past two years, and is optimistic that the nuisance animals are close to being under control.

by: Juan Cisneros Posted: / Updated: OVERLAND PARK, Kan. - After a fatal fire killed a woman in an Overland Park condo on Tuesday and the fire department discovered that her unit did not have any smoke alarms. Julie Ann Peterson, 51, and her dog were found dead in the front room of the condo when fire crews arrived.

Are you ready for fall? We sure are. Especially after looking through the calendar of awesome fall events planned in KC. Autumn 2021 is going to be epic in KC, as people emerge from both quarantine and sizzling summer heat to hit museums, concerts and haunted houses.

Rain is on the way, but you still have the rest of this evening to enjoy some beautiful September weather. Skies will stay mostly overcast from the evening hours through the overnight with rain and thunderstorms arriving after midnight. An isolated shower or two may precede the complex of storms but the main show will begin well after midnight.

Billboard #1 in 1981 - Diana Ross & Lionel Richie Endless Love is the song of the day and this is the OPEN THREAD for right now.